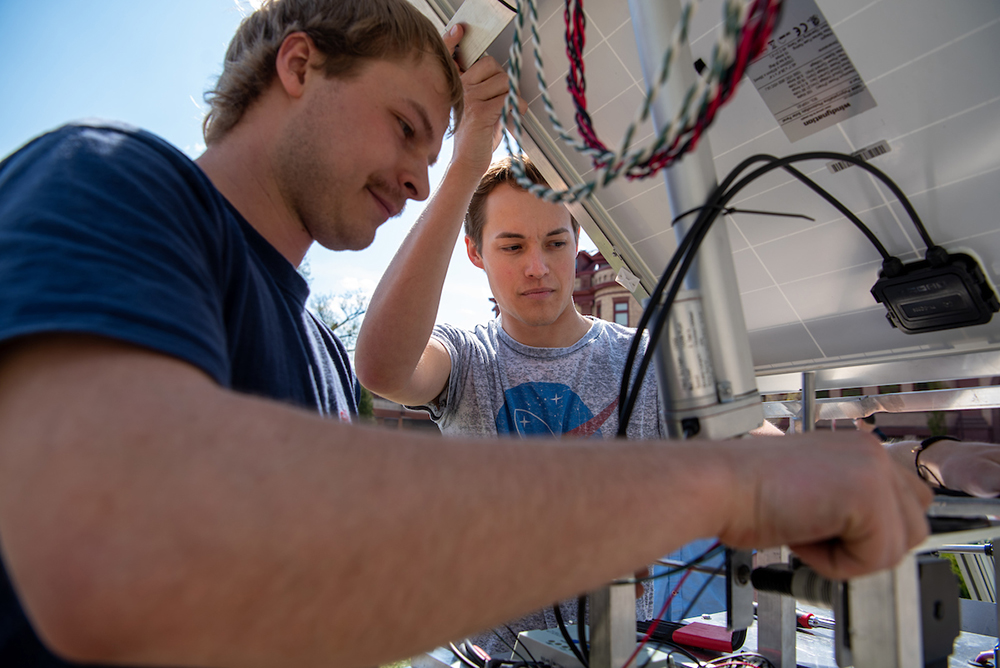 A group of NDSU computer, electrical and mechanical engineering students developed and built a remote-controlled, solar-powered robot that could help build structures on the moon. The senior design project got NASA’s attention, earned major awards and elements of the final product could end up on the next lunar mission.

The Pathbuilder team, including recent computer engineering graduate Alex Hubbard, completed a large portion of the project in about a year with long, hard-working days and nights and support from NDSU faculty.

“We had a lot of professors there to help us,” said Hubbard, who is from Spicer, Minnesota. “They went out of their way to make sure we solved every problem that came up. NDSU had amazing people who helped us move forward with this project.”

The NDSU robot was created to bulldoze and compact the moon’s surface, which could allow structures to be built. The team’s goal is to lay the foundation for future civil engineering projects on the moon and possibly help facilitate a sustained human presence. The design was selected as one of seven national winners in the Moon to Mars eXploration Systems and Habitation Academic Innovation Challenge, which finds projects to assist the Artemis missions for NASA’s Moon to Mars explorations. The prize was $34,000 to further innovate the idea.

“This project was a blast,” Hubbard said. “It was amazing to think about all that learned, created and built at NDSU. We jumped in, worked together and loved the entire process.”

Apply to NDSU today to start exploring your passion.