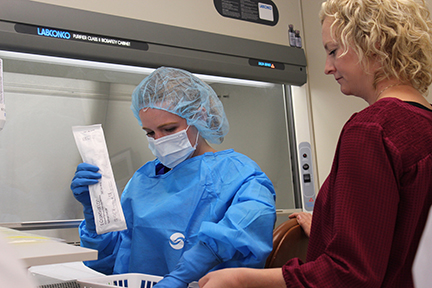 Outstanding NDSU faculty members will be honored during the annual Celebration of Faculty Excellence, scheduled for Thursday, May 9, at 3 p.m. in the Memorial Union Plains room.

In addition to award recipients, this year’s celebration will honor faculty who received promotion and/or tenure. All members of the campus community are invited, and registration is requested.

Award recipents were selected by Faculty Awards and Recognition Committee. The committee received many nominations and evaluated the candidates on the basis of letters of nominations from former and current students and faculty colleagues.

Vice Provost Bilen-Green said, “The selection of these faculty as award recipients speaks to their commitment to NDSU and recognizes their excellence by colleagues and students.”

The awards and recipients are:

Heidi Eukel, pharmacy practice associate professor of practice, was nominated by Thad Bergh, PharmD candidate, and 13 other nominators. “Dr. Eukel’s mentorship and constant focus on helping me succeed as a student and as a professional have been an incredible help in my development through my years in the pharmacy program here at NDSU,” Bergh said. “Dr. Eukel never hesitates to take on extra responsibilities or go out of her way to help someone else achieve their goals.”

Eukel joined the NDSU faculty in 2009. As the professional pharmacy student adviser, she works with 25 students per year, ranging from the first-to-fourth professional year in the didactic and experiential pharmacy programs. She was named the NDSU School of Pharmacy 2018 Faculty Preceptor or the Year.

• Odney Award for Excellence in Teaching

Dena Wyum, senior lecturer of human development and family science, was nominated by 10 of her students. “She is a great professor. She makes sure everyone understands the content and goes above and beyond for her students,” said senior Jasmine Flaten. Another nominator, senior Madeleine Wilson, said, “I have enjoyed Dena’s classes for many reasons, such as her attention to detail during in class lectures, critical thinking assignments and her easy-to-understand examples for applying concepts learned in class. Dena always has such a positive attitude in class and truly encourages her students to learn.”

Wyum became a member of the NDSU faculty in 2009. She earned her bachelor’s degree and master’s degree in child development and family science at NDSU. She received the 2018 Mortar Board Preferred Professor Award and the College of Human Development and Education’s Exceptional Contributions to Learning Award.

Jacob Glower, associate professor of electrical and computer engineering, was nominated by Benjamin Braaten, chair of electrical and computer engineering. Braaten said Glower has incorporated mastery learning, flipped classrooms and project-based learning into his classes. He also incorporates technology like Embedded Systems, NeoPixels, stepper motors and GPS sensors. He also developed the Bison Academy website. “Through Dr. Glower’s innovative teaching techniques in general, and through his development of Bison Academy in particular, our students received a higher caliber of education than they would receive otherwise,” Braaten said.

Glower joined the NDSU faculty in 1991. He earned his bachelor’s, master’s and doctoral degrees in electrical engineering at The Ohio State University. He was the College of Engineering and Architecture’s Teacher of the Year in 1999 and 2015.

Mila Kryjevskaia, associate professor of physics, was nominated by physics department colleagues Warren Christensen, John Buncher, Alan Denton, Sylvio May, Andrew Croll, Alexander Wagner, Jeff Boyer, Jennifer Momsen, William Martin and Lisa Montplaisir. They said she has been a leading member of NDSU’s STEM education doctoral program; she incorporates “Tutorials in Introductory Physics,” a set of instructional materials based on documented research; and she has integrated Learning Assistants into her approach to teaching. “Through novel, research-based innovations in teaching, Dr. Kryjevskaia has profoundly impacted faculty and students at NDSU and beyond,” said the nominators.

Kryjevskaia came to NDSU in 2008. She earned her diploma in physics at Rostov State University, Russia, and her master’s degree and doctorate in physics from the University of Washington. She received the 2003 Outstanding Teaching Assistant Award from the American Association of Physics Teachers.

Eric Berg, professor of animal sciences, has gained a national reputation for his work using swine as a biomedical model for humans to evaluate how diet and exercise influence the progression of the diseases of modern civilization. Berg, who joined the NDSU faculty in 2007, was nominated by Anna Grazul-Bilska, professor of animal sciences. She noted Berg has led research efforts to evaluate whether estrogenic hormones present in beef obtained from cattle that were treated with estrogenic growth promotants triggers early puberty in girls, has evaluated red meat consumption as a means to offset obesity and tissue-specific insulin resistance in the absence of high glycemic carbohydrates, and has examined the impact of exercise during gestation on offspring muscle fiber development and postpartum susceptibility to obesity.

Julie Garden-Robinson, professor of health, nutrition and exercise sciences and Extension food and nutrition specialist, was nominated by Yeong Rhee, professor and head of health, nutrition and exercise sciences, along with letters of support from Margaret Fitzgerald, dean of human development and education and Greg Lardy and Lynette Flage of NDSU Extension. “During her 25-year professional career, Julie has received numerous awards for research, teaching and service at the international, nation, regional, state and local levels,” said Rhee.” Her programs have reached audiences of all ages, races and economic levels.”

Garden-Robinson began her NDSU career as a lecturer in 1993. She has been highly active in the National Extension Association of Family Consumer Sciences, National Health Extension Initiative and the North Dakota Nutrition Council. She earned her bachelor’s, master’s and doctoral degrees at NDSU.

Verlin Hinsz, professor of psychology, was nominated by the Department of Psychology Faculty Affairs Committee, along with nine letters of support. The committee, comprised of Mark Nawrot, Benjamin Balas, Mark McCourt and Michael Robinson, said, “Mentoring students is one of Professor Hinsz’s passions. He engages students in the research process from inception to publication. He has over 200 presentations at national and international professional conferences and the vast majority of them involve student authors, often as first author.”

Hinsz joined the NDSU faculty in 1983. He earned his bachelor’s degree at NDSU, and his master’s and doctoral degrees in social psychology at the University of Illinois, Urbana-Champaign, Illinois. He received the 2011 Waldron Research Award and 2002 College of Science and Mathematics Award for Excellence in Research, among other honors.