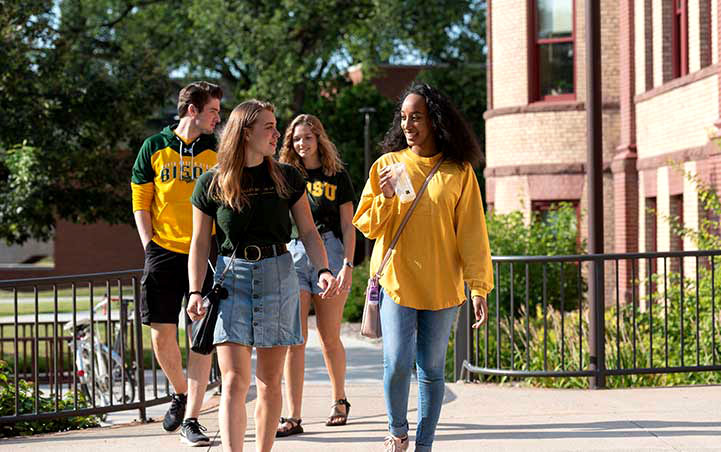 The Honor System is a process of student self-governing for those enrolled in courses in the College of Agriculture, Food Systems, and Natural Resources (CAFSNR). It operates on the premise that most students are honest and perform best in situations where their honesty, and the honesty of others, is not in doubt. Its primary function is to support the principles of integrity and honor, which are the cornerstones of academic success. The Honor System acts to limit academic dishonesty through the use of student self-supervision and to penalize those who are dishonest through the use of peer evaluation and penalty.

The CAFSNR Honor Commission is the student body that educates students, staff, and faculty about the Honor System and evaluates cases of academic misconduct. It consists of nine undergraduate students and one graduate student who call witnesses, hear evidence, and recommend penalties in cases of academic dishonesty. Three freshmen members are selected annually by the standing Commission to serve a three-year term beginning their second year. The graduate student member is selected annually by the Commission. One faculty member from CAFSNR is elected by the standing Honor Commission to serve a three-year term. Names of the members of the Honor Commission are available from the Associate Dean for Academic Programs’ office in 315 Morrill Hall.

Each instructor is requested to include a description of the Honor System on their syllabi and to explain it to the students taking their course. The honor pledge is “On my honor I have neither given nor received aid in completing this assignment.” This statement should be included on all examinations, quizzes, papers, problem sets, and any other materials designated as individual efforts that are required for completion of the class. Instructors are asked to reject any individual assignments that do not include a signed pledge. If academic dishonesty is suspected by the instructor or brought to attention of the instructor by a student, the instructor should address the issue with the Honor Commission. Assigning the task of evaluation and penalty to the peers of the accused maintains the principles of integrity held by the college, conveys that academic dishonesty is not the accepted standard within their peer group, and reduces the instructor’s time obligation. If academic misconduct is found, the instructor may accept or modify the penalty recommended by the Honor Commission.

Each student must read and sign honor pledge as designated on assignments or exams. It is the student’s responsibility to take actions that will contribute to the elimination of academic dishonesty. If a student witnesses academic misconduct, he or she may attempt to correct the situation by announcing that academic dishonesty is occurring, by speaking to the individual, or by reporting the incident. As a rule, the identity of the student who witnesses the academic misconduct is held in confidence. As a self-governing entity, students are encouraged to suggest modifications to improve the Honor System. These suggestions can be offered through the Associate Dean for Academic Programs’ office or to any member of the Honor Commission.

When a case of potential academic dishonesty is reported, the Honor Commission will meet to review the pertinent evidence as soon as is reasonably possible (usually within two weeks of the date the misconduct is reported). The Commission has the power to call witnesses and to take testimony. If, from the evidence presented, the Commission determines that a violation has taken place, it will recommend disciplinary action. Disciplinary action may include, but is not limited to, failure or grade reduction in the course; failure or grade reduction on the examination, quiz, paper or project in question; or faculty recommendation for suspension or expulsion. A report of the Commission's findings and recommendation is given to both the instructor and the accused student.

Actions of the Honor Commission are confidential. No cases are discussed outside of the Commission meetings. The identities of witnesses and other individuals connected with a case are not revealed, even to other individuals involved in that particular case. Anonymous summaries of all cases are reported to the CAFSNR Associate Dean for Academic Programs annually.

An appeal of the Honor Commission's decision and/or recommendation can be made to the Student Progress Committee of CAFSNR by the accused or the instructor involved. Appeals are to be made through the Associate Dean for Academic Programs' office within two weeks of the Honor Commission's recommendation. The appeals process shall be as outlined in North Dakota State University Rights and Responsibilities of Community: A Code of Student Behavior, Part B, Related University Policy Statements, XI, - Academic Dishonesty - Code of Academic Responsibility and Conduct.

A copy of the operating procedures for the Honor Commission is on file in the Associate Dean for Academic Program's Office, 315 Morrill Hall, North Dakota State University, Fargo, ND 58108-6050.