The Understanding Change Theory video shares information about three different change theories. One of the theories, Kurt Lewin’s Unfreeze Change Theory, has been around for 70+ years. Lewin discovered that individuals need to be ready for change if the change is going to stick. Have you ever thought about making a change, maybe in your exercise routine, and made the change for a while and then decided not to continue? Lewin would say that you weren’t ready, mentally, for the change.

The eight-step change theory by John Kotter is another change theory discussed in the video. This theory is more suited for organizations and businesses. One of the eight steps is to have a guiding team that will help lead the change, another step is to communicate buy-in about the change. Check out the video to learn the other six steps.

The last theory on the video is Prochaska and DiClemente’s six-step cycle of change theory. The steps may sound more familiar to you because you probably have gone through the six steps but didn’t realize it. Have you ever contemplated making a change in what you eat, your diet? You probably thought about what type of food you wanted to have more of in your diet and did some research on the topic. These actions are the contemplation and preparation stages in Prochaska and DiClemente’s six step change theory.

Making changes to our life can be hard however understanding the three change theories will help you get less frustrated because you better understand the change process you are going through. 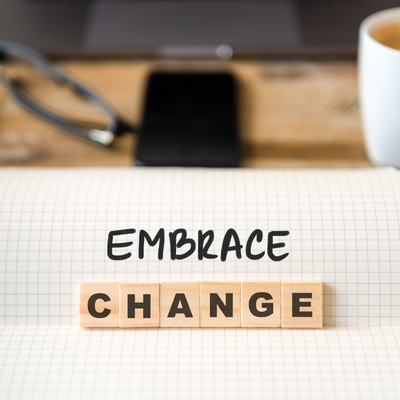