While conducting the National Sunflower Association sunflower survey we’ve seen a wide range in yields with drought a major yield limiting factor for most and weed control being highly variable. Some of the more common weeds seen in southwest ND sunflower fields this year are kochia, stinkgrass, green foxtail, tumble pigweed, and lanceleaf sage. 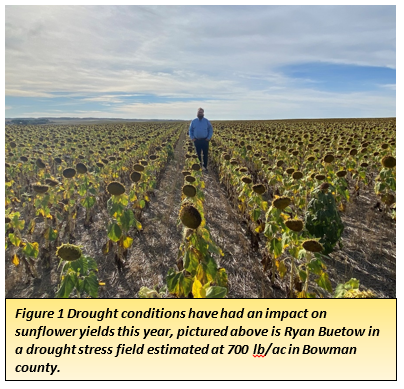