Animal Feeding Operations (AFOs) must meet BOTH of the following:

Concentrated Animal Feeding Operations (CAFOs) are an AFO that meets ANY of the following:

The AFO categories are based on the number of animals in the facility (Table 1.) 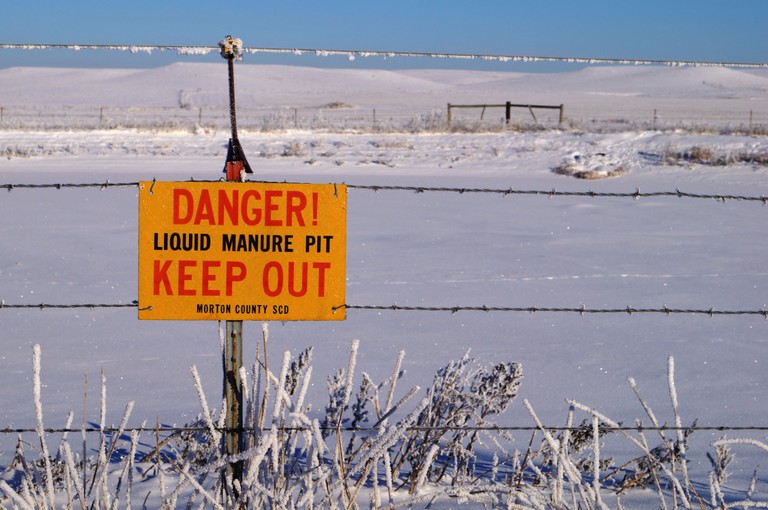 CAFOs are regulated by the US EPA, as well as the ND Department of Health, Environmental Health Section. They require a permit from the North Dakota Department of Health (NDDoH), record keeping and an approved nutrient management plan (NMP). Also, CAFOs that have discharged are required to have a national Pollutant Discharge Elimination System (NPDES) permit.

AFOs are regulated by the ND Department of Health. In some instances, medium and small AFOs may require a permit. Those instances deal with the possibility of pollutants being discharged into waters of the state or US.

Waters of the US & State

Waters of the state are surface waters that are not contained on an individual's property. Examples would be a slough on more that one owner's property or a stream. All groundwater, isolated lakes, and other public waters are considered waters of the state. Waters of the US include the Missouri River, Red River, and Interstate waters.

Keep in mind that some local governments may require further permitting or have zoning regulations.