Chemigation is the injection any chemical such as nitrogen, phosphorus or a pesticide into irrigation water and applied to the land using the irrigation system. The proper use of chemigation is recognized as a Best Management Practice (BMP) for irrigated agriculture. However, in order to use chemigation to benefit your crop production, you have to understand the equipment and management requirements and limitations.

The equipment requirements for protection of the water source when chemigating have been incorporated into the North Dakota Century Code. The law specifically requires the following equipment: 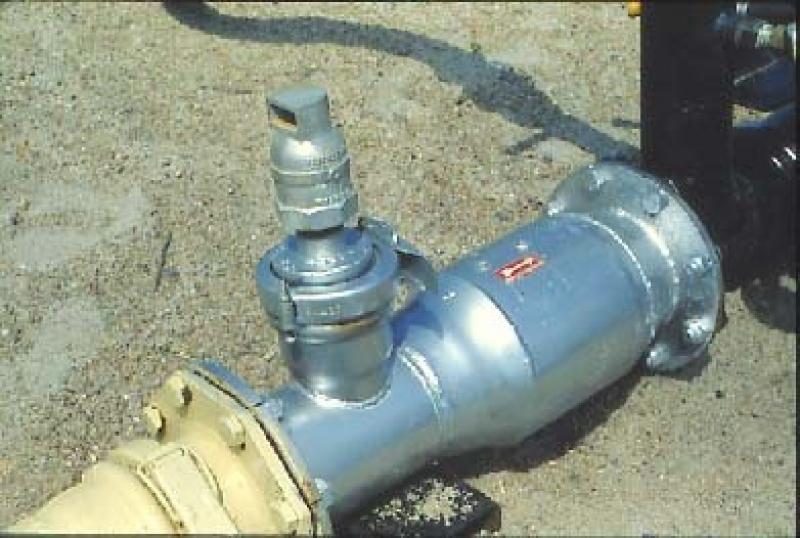 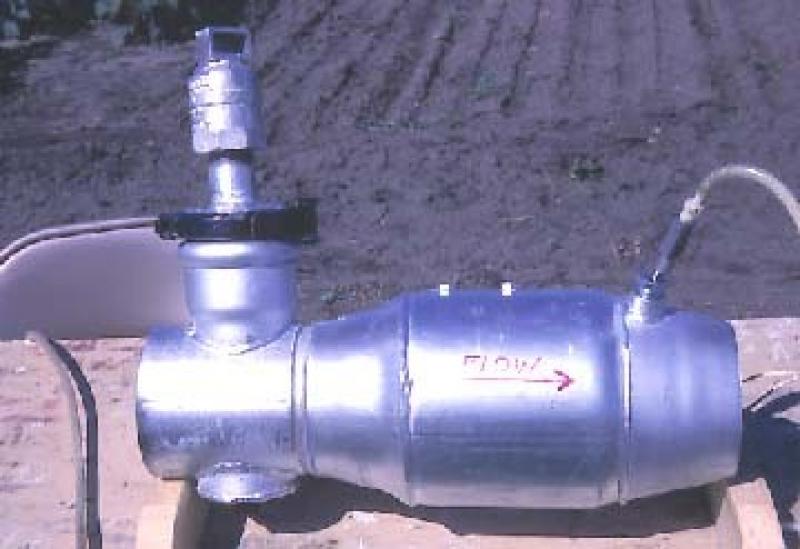 Chemigation check valve. The 2 bolts on top show the location of the spring operated flapper. Note the 4 inch inspection port with the air release valve on top and the injection port downstream from the flapper location. 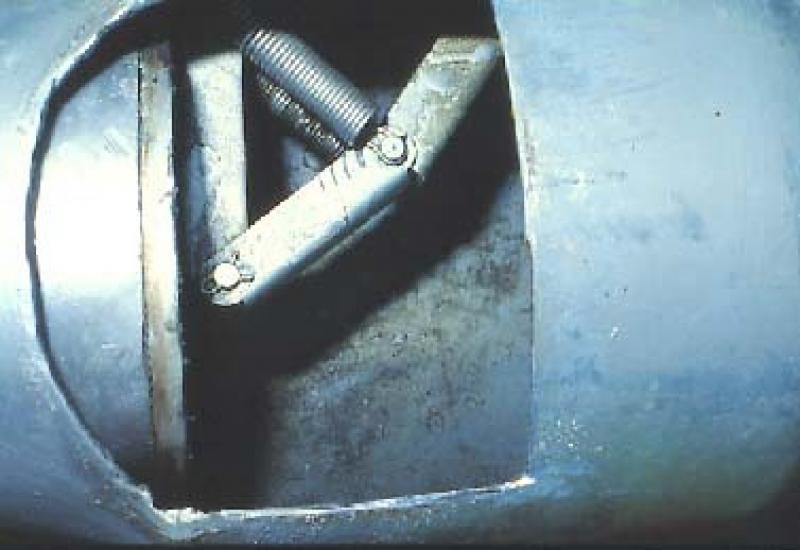 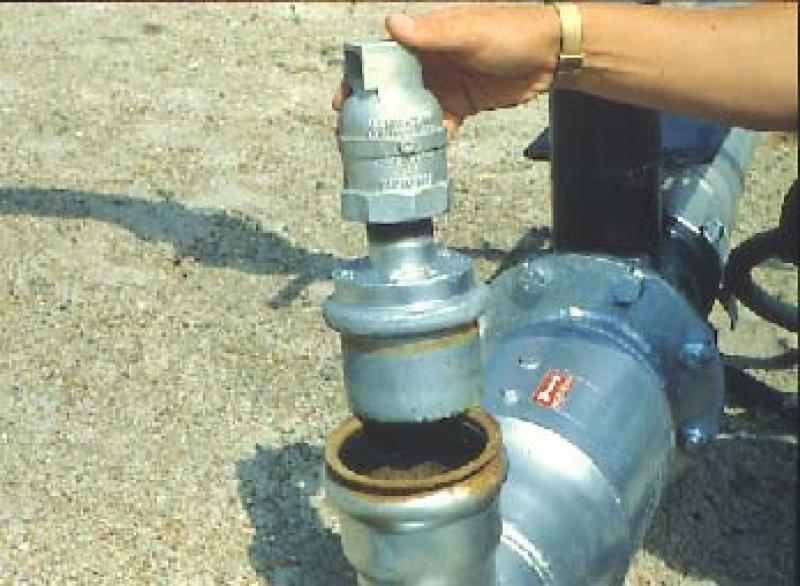 Four inch diameter inspection port allows you to see if the check valve is working when the water pump is off. Below the 4 inch opening you can also see the low pressure drain. 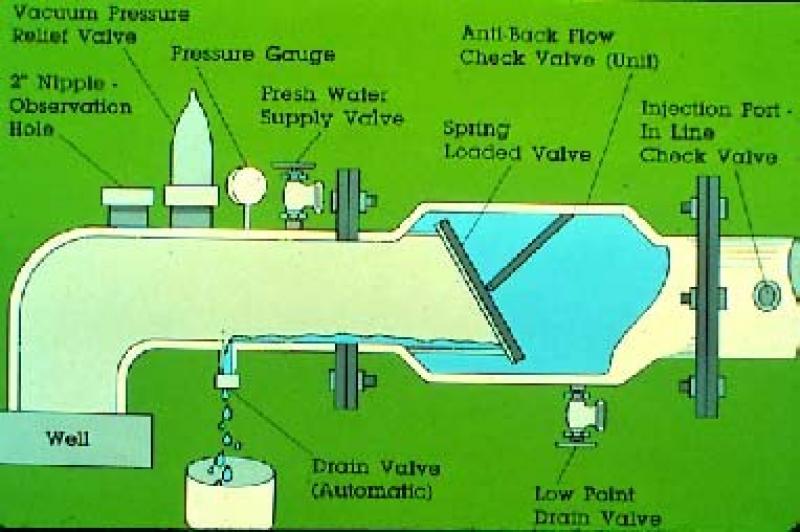 How the chemigation check valve and other connections protect the water supply (well). 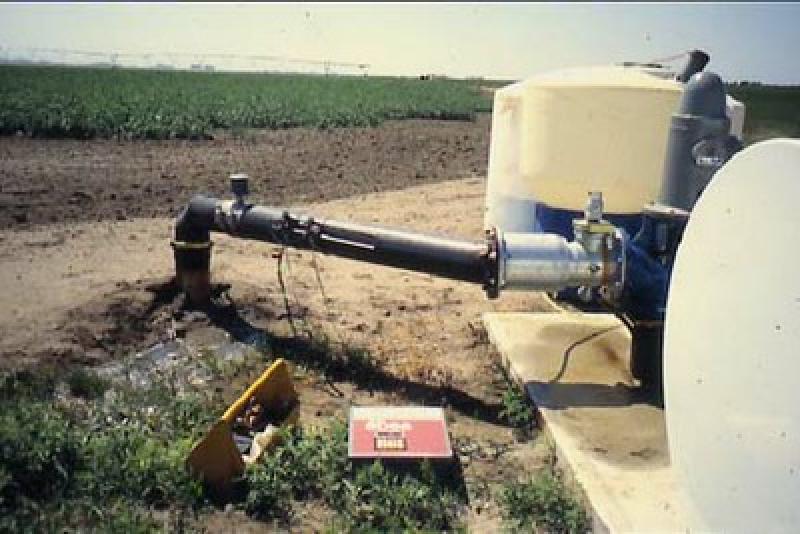 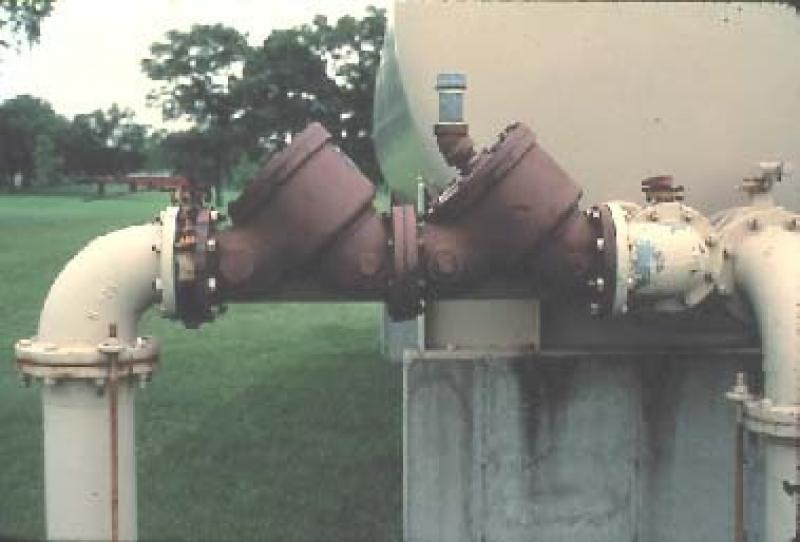 A double check valve used to protect a golf course irrigation system. Can also be used with center pivot systems but are much more expensive than chemigation check valves. 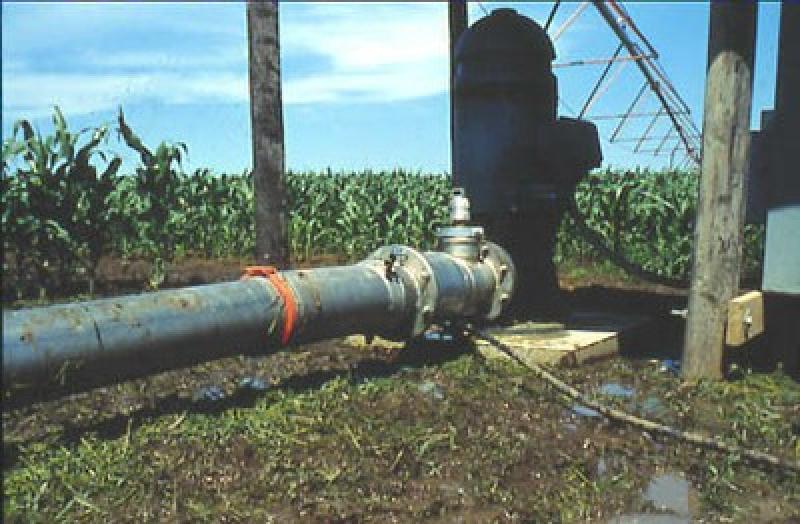 Chemigation check valve next to the well. Note the rubber hose connected to the low pressure drain directs leaking water away from the well. 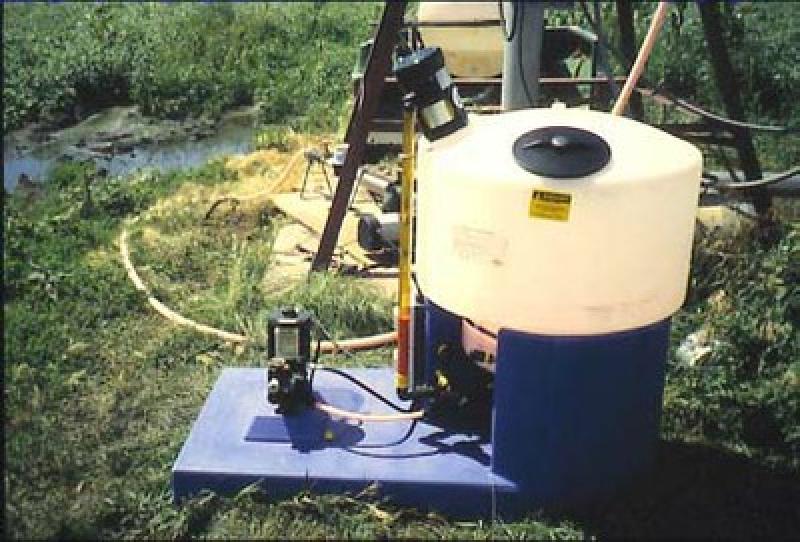 Typical modular chemical injection equipment. Note the calibration tube on side of tank and the mixing motor on top of tank. 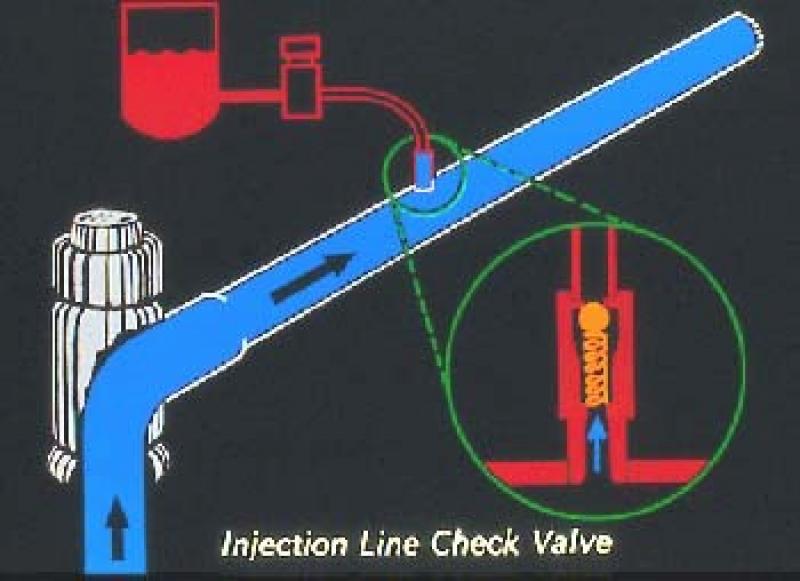 Drawing showing location of the chemical line check valve and injection point. This check valve should require at least 10 psi to open. 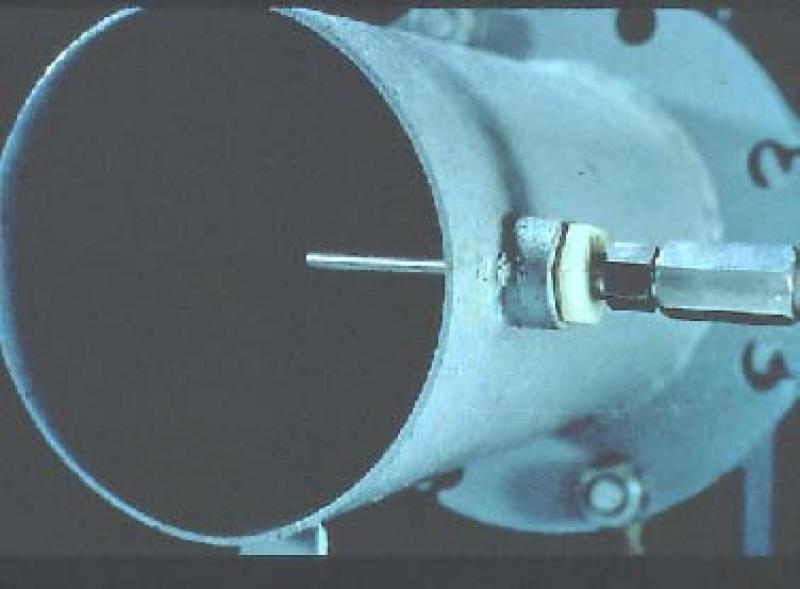 The chemical injector should extend to the middle of the pipe to ensure good mixing. 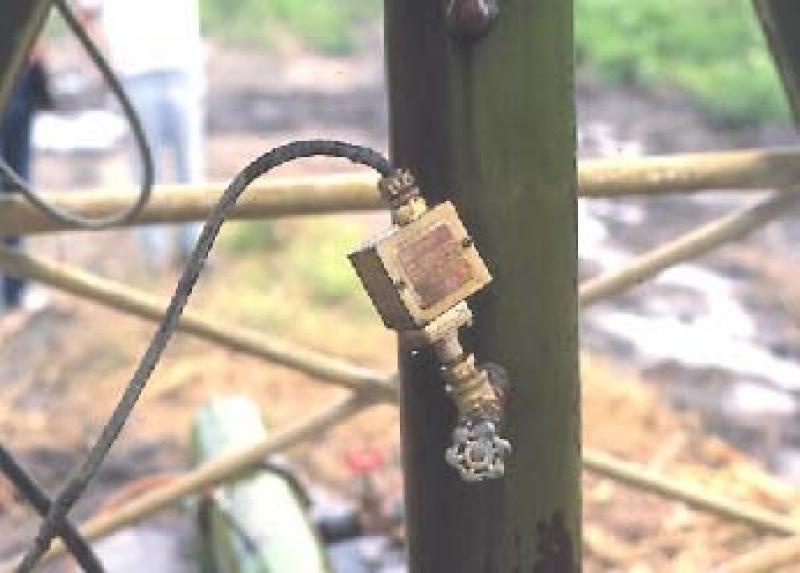 Pressure sensor on the riser pipe of a center pivot. If a low pressure situation occurs, the well pump, chemigation pump and pivot should shut down. 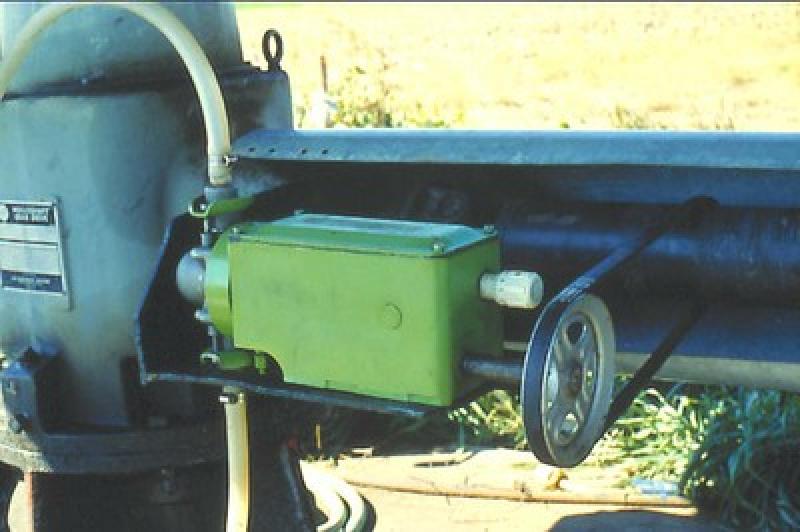 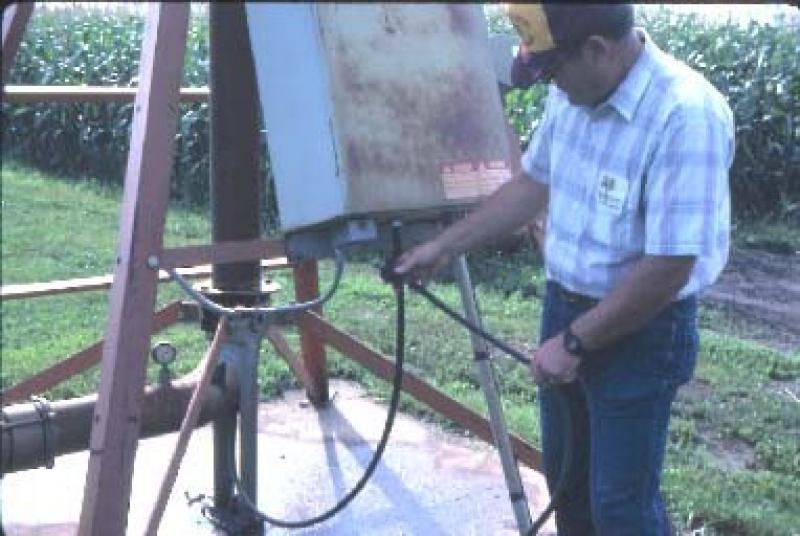 Electric outlet for the chemical pump is wired to the main line of the well pump, the pivot and provides an electrical interlock. 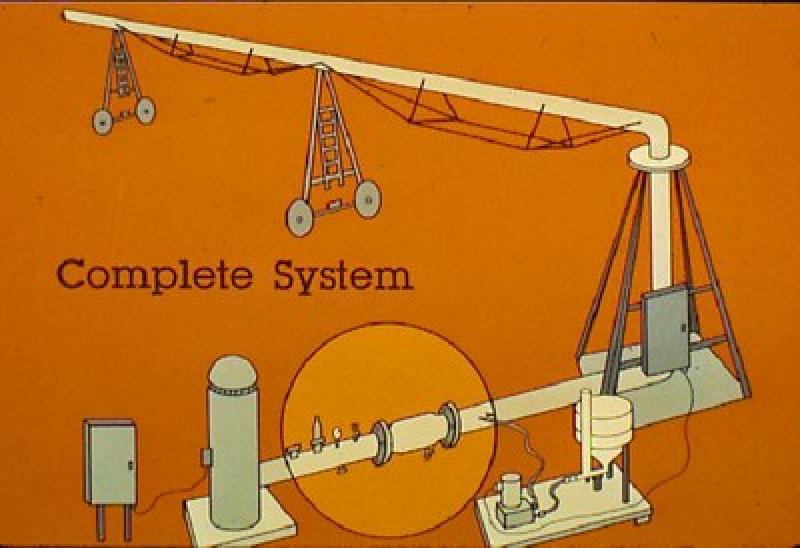 Drawing of how the complete chemigation system should look to protect the water source. 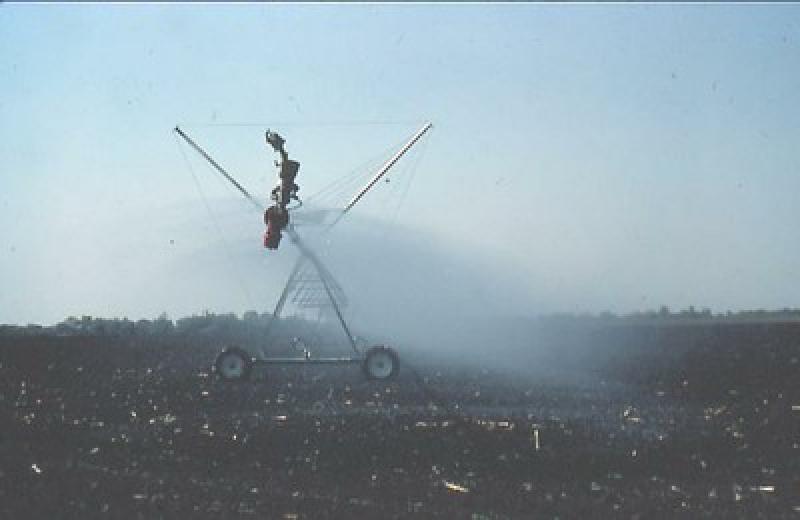 Don't chemigate when the wind speed is greater than 10 miles per hour. Pesticides and nitrogen drift with the water and can cause problems for neighbors. 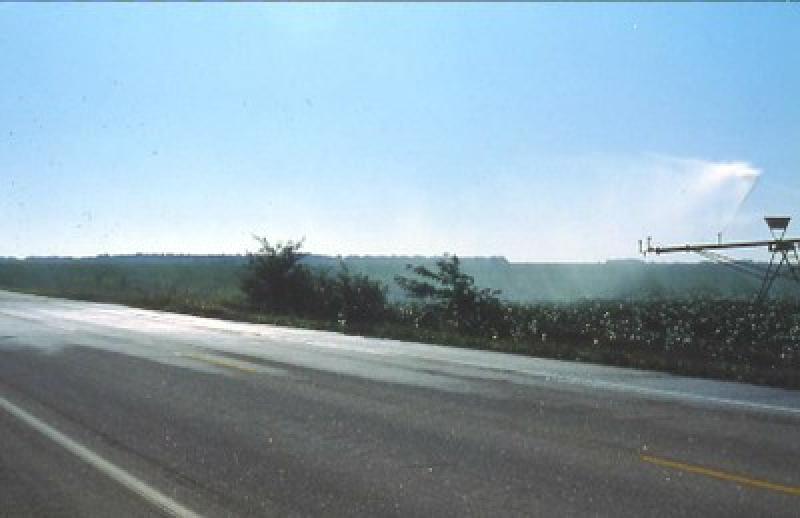 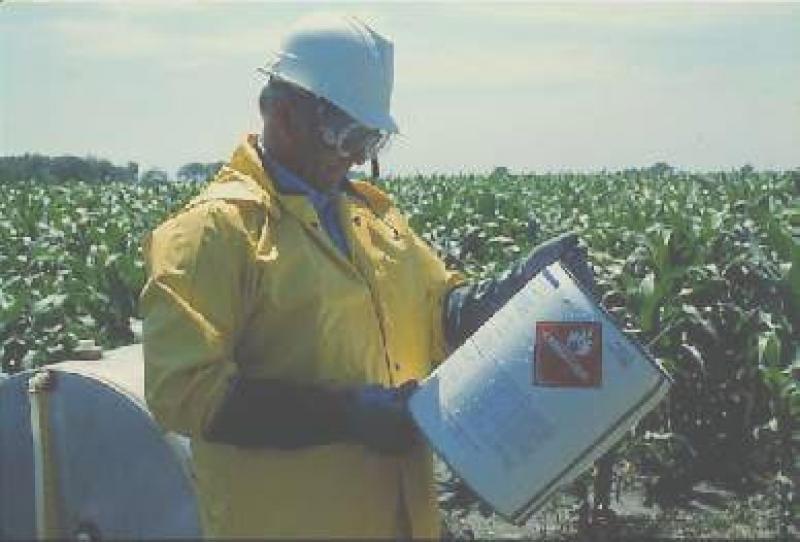 To inject a pesticide into an irrigation system, it must say on the container label that it can be used for chemigation with the type of irrigation system you have. Also, dress for safety
when handling pesticide. 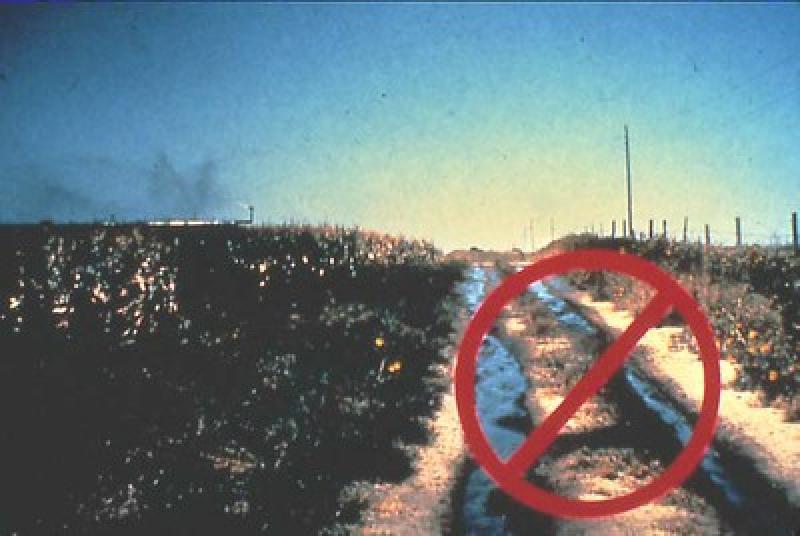 Operate your irrigation system so that there is no runoff. This is especially important when chemigating. 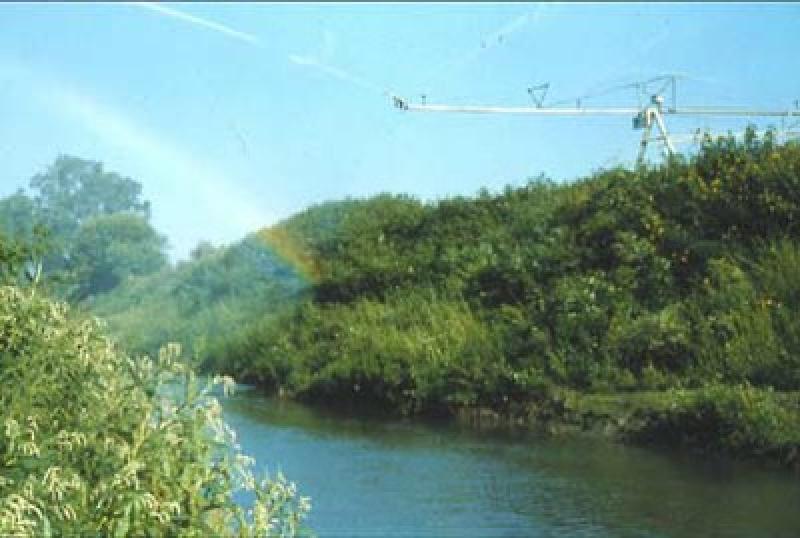 Don't operate your irrigation system so that it sprays into an open water system. When chemigating this is illegal!