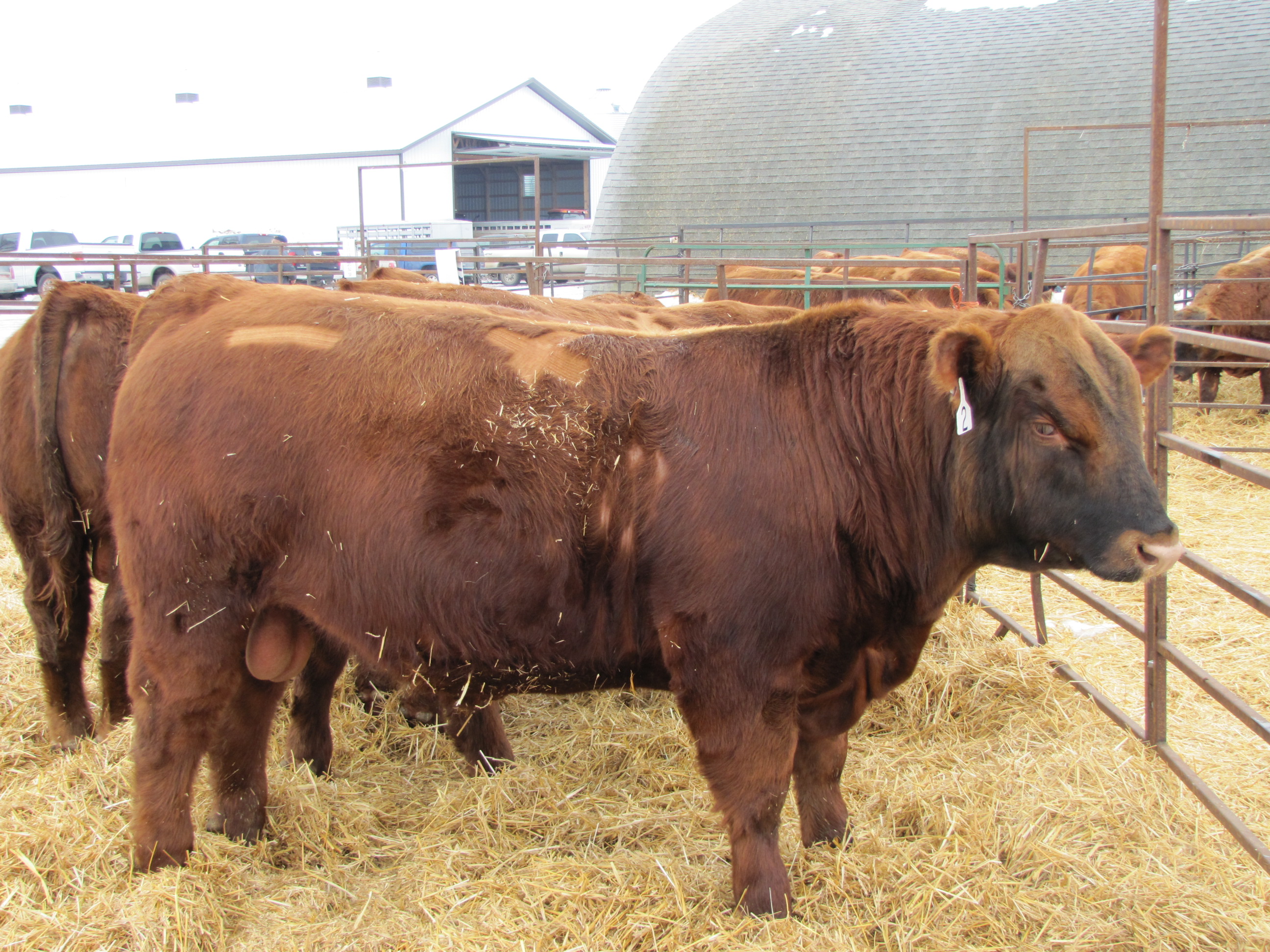 Not all bulls are able to breed cows successfully, and not all bulls that breed cows have semen that can result in successful fertilization and pregnancy. If a bull can’t fertilize cows and you turn him out to breed, you likely will have a lot of nonpregnant cows at the end of the year.

Bulls will lose body condition during a breeding season, so they must enter the season with adequate condition.

Seeing the mounting behavior of cows in heat helps the bull identify who is ready to breed from across the pasture so bulls must have good vision.

The penis, testicles, prostate and other reproductive organs are evaluated to make sure they are free of injuries or defects that would prohibit a bull to breed cows successfully.

A sample of semen is evaluated for motility, morphology and concentration.

Motility is the movement of sperm, and, ideally, a sample will have a rapid swirling movement. If sperm are not moving in a synchronized manner (think synchronized swimming), they may not be able to swim successfully through the female reproductive tract to the site of fertilization.

Morphology is an evaluation of the structure of the sperm. Ideally, the sperm will have heads and tails of proper shape. A high proportion of sperm that has incorrect structure will not result in successful fertilization.

Just because a bull sired calves last year does not mean he can do it again this year. Injuries during the nonbreeding months, as well as effects of extreme cold weather and frostbite, can render once-fertile bulls infertile. The process of making sperm, spermatogenesis, takes 60 days, so frostbite or other injuries that occur in March may be lingering in May.

Perform breeding soundness exams close to the time of breeding to ensure recovery from winter injuries but enough time in advance of turnout to find new bulls if the exam finds fertility problems.

Considerations beyond a breeding soundness exam

Watch breeding activity closely because catching and correcting problems during the breeding season is much more profitable than waiting for open cows to calve.