This page was adapted from the article, "Sudden Death Syndrome (SDS) of Soybeans," which appeared in Crop & Pest Report on August 25, 2022.

Sudden Death Syndrome (SDS) was first confirmed in the state in 2018 (Richland County), and in 2020 was confirmed hundreds of miles away in Cavalier County. We don’t know exactly how prevalent SDS is in the state, but the Richland and Cavalier County confirmations suggest it is more common the we think.  Additionally, the severity of SDS is tightly linked to the presence of soybean cyst nematode (see article below). You can certainly have SDS without SCN, but you are more likely to find (and suffer yield loss) from SDS if you have SCN.  I suggest you scout areas of your field known to have high SCN pressure.

The pathogen is a soil-borne root rot pathogen (Fusarium virguliforme) that can survive for several years.  The pathogen infects soybeans soon after planting, and wet conditions favor development of the disease. Thus, for infection to occur and disease to develop, that soybeans will have had to have some moisture. The pathogen will cause root rotting, but more importantly, produces a plant toxin that moves up from the root tissue into the rest of the plant. It is the plant toxin that causes the foliar symptoms.

SDS often shows up in fields in oval/circular spots or clusters of plants in a field (Figure 1).  When the disease is becoming severe, yellow patches of soybeans are often visible from a distance. 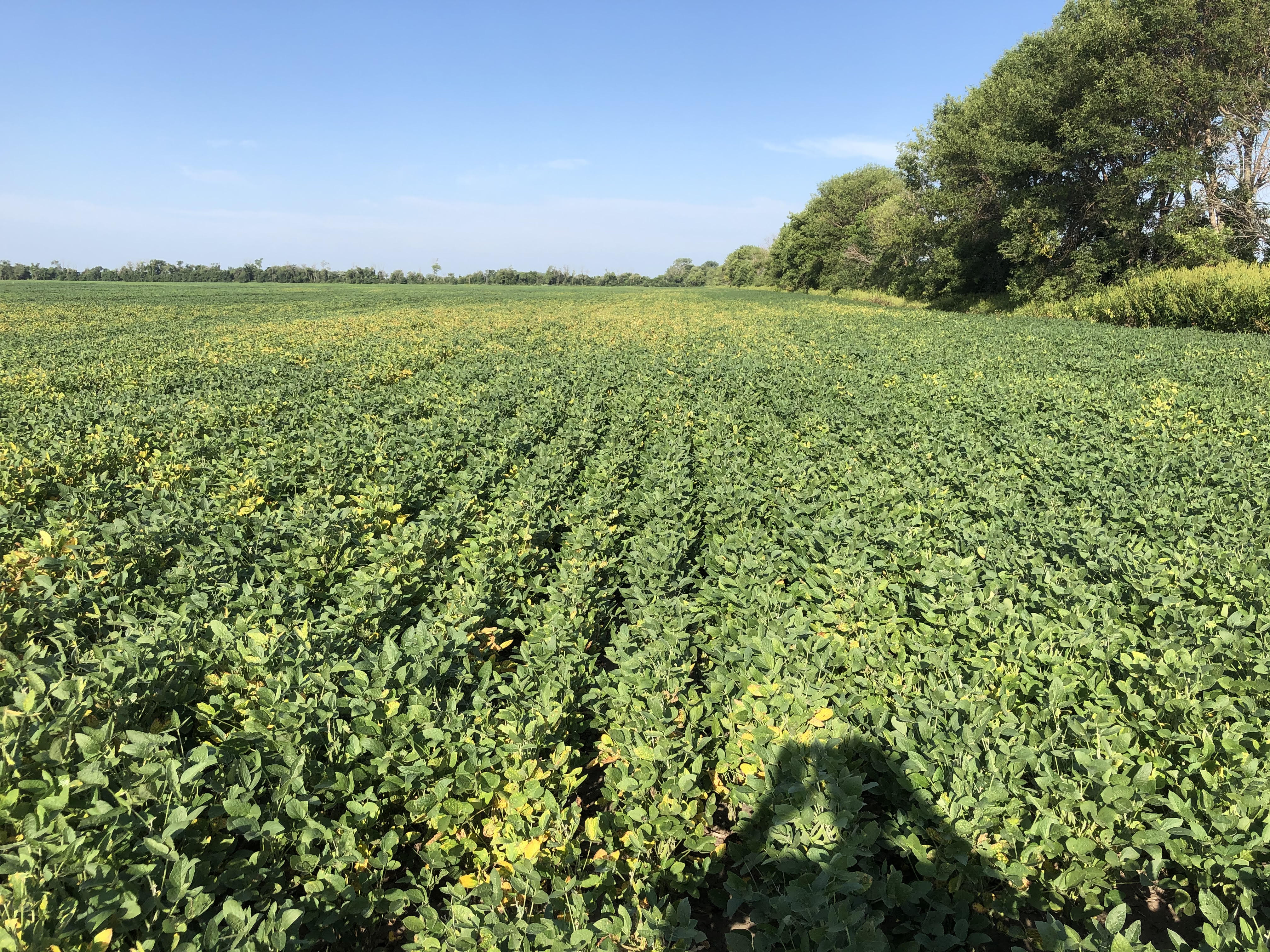 The first foliar symptoms of SDS are bright chlorotic (yellow) spots that occur diffusely (not connected to one another) between the leaf veins (Figure 2). 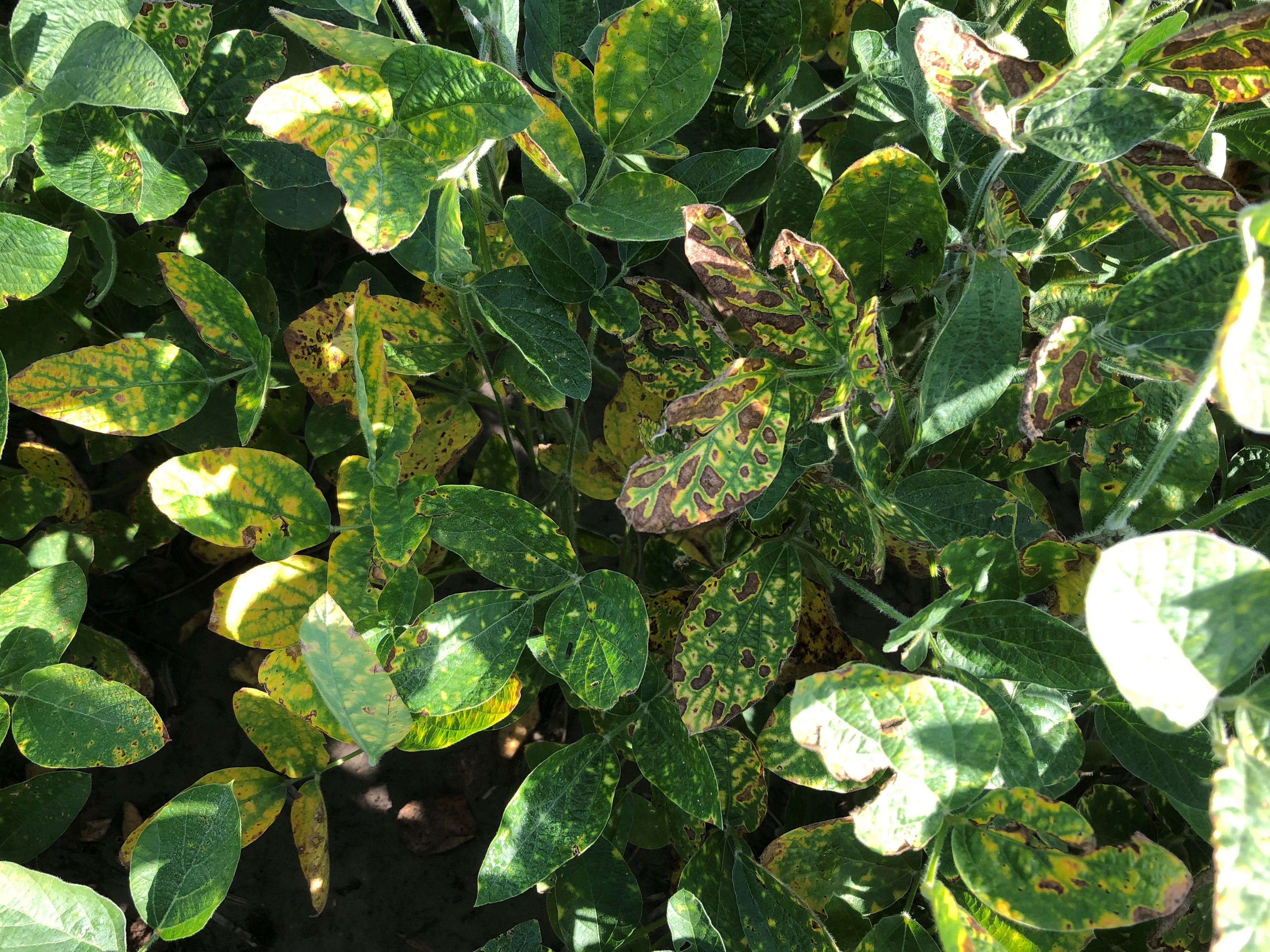 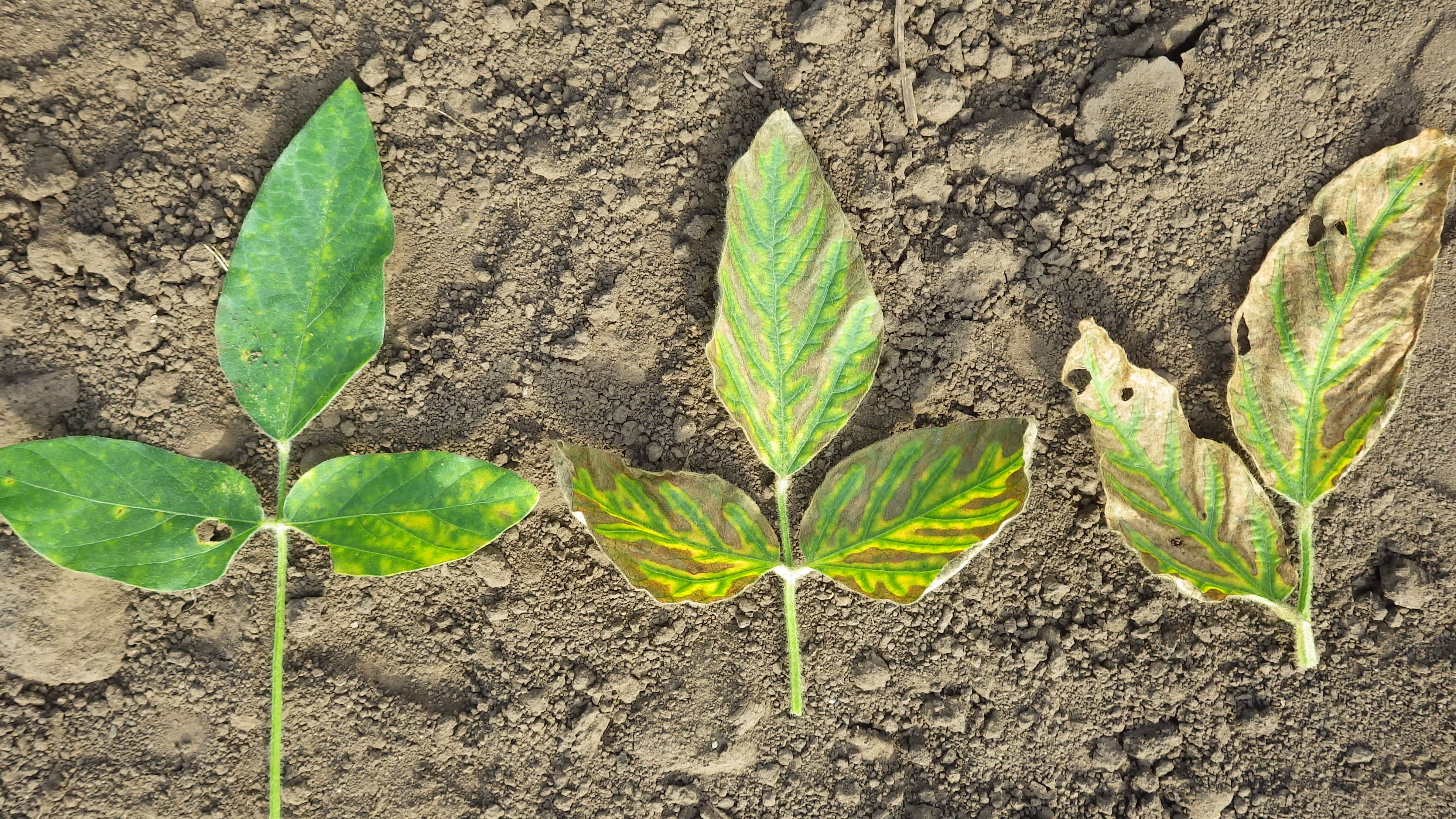 With time, the necrotic areas coalesce, leaving only the veins of the leaves green. In severe cases, leaves may drop, but petioles will remain attached to the plant (Figure 4). 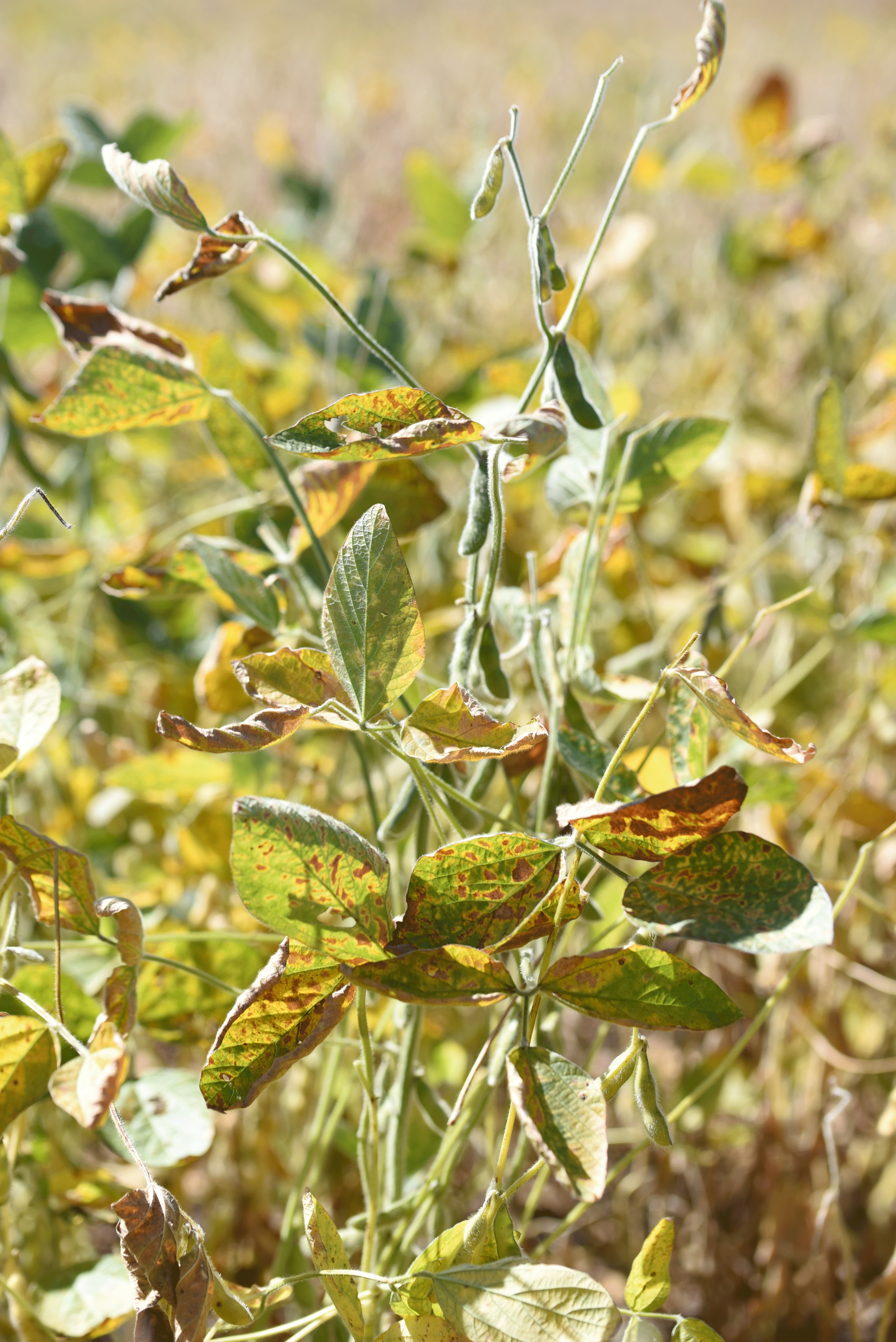 Examination of stem and roots tissue is very important to distinguish SDS from other diseases, particularly brown stem rot (see next article).  With a knife, scrape off the outside of the tissue of the lower stem and tap root near the soil line.  SDS infected stems have tanning or browning, but the pith (center of the stem) will remain white (Figure 5).