This page was adapted from the article, "Iron Deficiency Chlorosis Showing Up," which appeared in Crop & Pest Report on June 30, 2022.

Soybean fields can show yellowing of plant leaves due to Iron Deficiency Chlorosis (IDC). Soybean varieties have genetic differences for the expression of symptoms, and some have tolerance to IDC. No soybean variety is immune to chlorosis, but large differences in yellowing, plant stunting, and subsequent yield reduction occur between the most tolerant and most susceptible varieties. Field choice and selecting a variety with tolerance to IDC are important management decisions producers make in avoiding or reducing the negative yield effect of chlorosis.  Most soils in North Dakota have sufficient iron. However, the presence of soil carbonates, which manifests itself most commonly in pH greater than 7, can result in IDC. Soil and environmental conditions of elevated salt concentrations, excess moisture, cool temperatures, and high soil nitrate, tend to increase IDC. Plant leaves with IDC symptoms are yellow with green veins (Figure 1). Yellowing, browning and stunting of the plants during the early vegetative stages will result in less photosynthesis in these plants, compared with healthy green plants, causing reduced soybean yields. 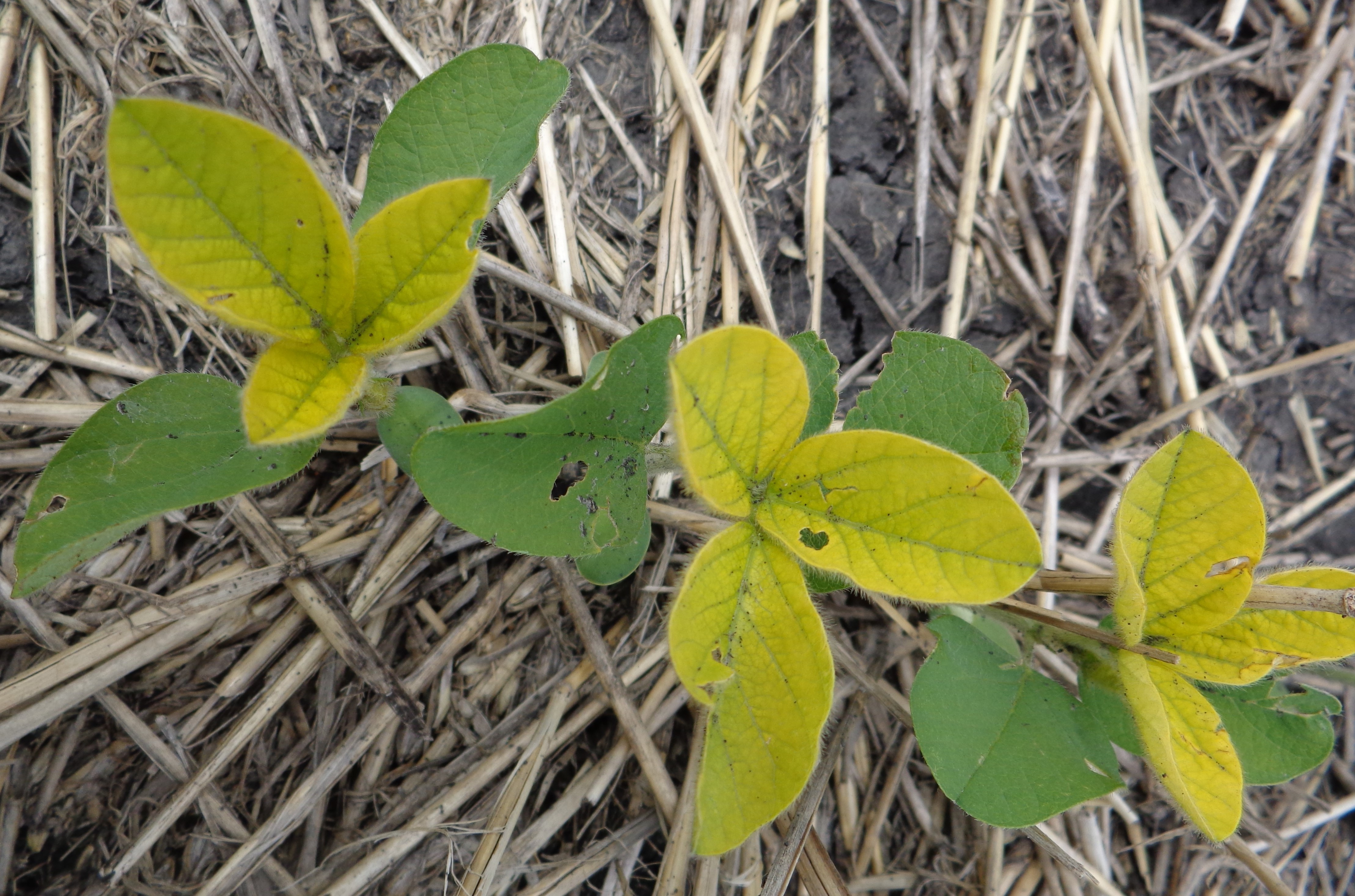 Figure 1. IDC on the first trifoliolate leaves near Fargo.

The yellowing of the leaves usually becomes pronounced when the plants reach the two- to seven-trifoliolate leaf stages. Soybean plants may grow out of IDC and turn green at the end of the vegetative growth stages, but due to the early season IDC, yields still will be reduced (Figure 2). Data in Figure 2 was generated in fields with known IDC symptoms, to evaluate the yield reduction with increased IDC severity. 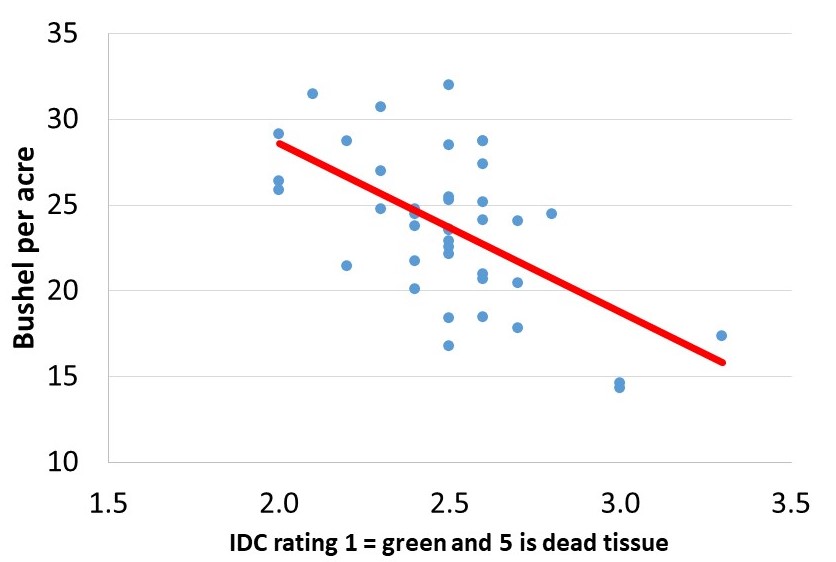 In most fields IDC is occurring is certain areas of the field and typically some parts of the field may not show any symptoms at all. The variability is mainly due to the distribution of soil carbonates throughout the field. The rating scale NDSU scientist are using is shown in Figure 3. 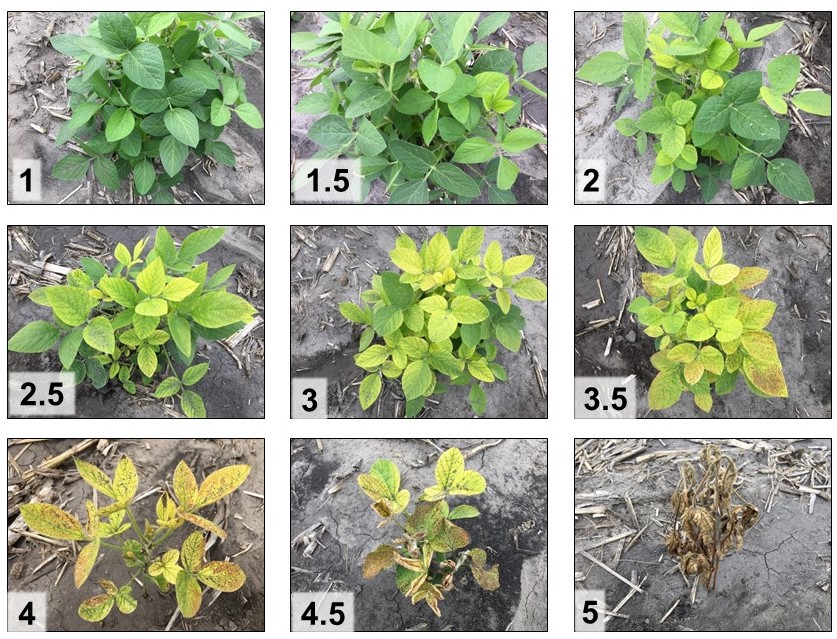 The number one management strategy in the region to reduce IDC is field selection. Fields that have a pH of 7 and below are preferred. The lower the salt (EC) values, the better. The second most important strategy is variety selection. Annually NDSU reports relative IDC scores of all varieties tested in North Dakota by NDSU.