Does Grain Sorghum Have a Place in North Dakota?

Sorghum is a tropical grass species that has found a niche in the United States due in large part to high yield potential and drought tolerance. While the majority of sorghum production occurs in the central and southern U.S., expanded drought conditions have increased the attractiveness in other areas. However, sorghum is very sensitive to frost and cool conditions. The question becomes, “can grain sorghum be produced in North Dakota without assuming too much risk?” Fun fact, in the 1960s NDSU released three sorghum varieties. So yes, sorghum can be grown in ND, keeping in mind that risk increases the farther north you go. But if you are considering commercial grain sorghum in this region, the shortest maturity hybrid will be the best option. One of the more compelling reasons to consider sorghum is as a replacement for corn feed during extended drought conditions. However, there are emerging food markets which may specifically target white sorghum hybrids for a variety of end-uses, many times taking advantage of its non-gluten profile.

Grain sorghum testing has occurred periodically in North Dakota over the past several decades, but with few options that consistently perform between frost-free days, and with no sorghum breeding occurring in the northern half of the U.S. This has presented an opportunity to improve the genetic resources for sorghum production in northern climates, in an effort to increase cropping options particularly in drought conditions.

In 2016 a collection of nearly 200 sorghum cultivars from around the world, sourced from the Germplasm Resources Information Network (GRIN), were tested at the Carrington Research Extension Center. The goal of this project was to develop white sorghum varieties that will mature in North Dakota’s climate each year. In 2016 and 2017 these lines were grown in small plots and screened for the right combination traits such as competitive yields and good stature.

From this material, a dozen lines were chosen which were superior in some way over the rest of the sorghums. Starting the winter of 2018, crosses were made in our greenhouse between these superior selections. Following the crosses, each seed was grown in the greenhouse to evaluate and produce enough seed for further field testing. In the spring of 2021 sorghum crosses (and original parents) were planted in the field for evaluation and to identify plants that may one day become a new variety of sorghum suited for northern latitudes! 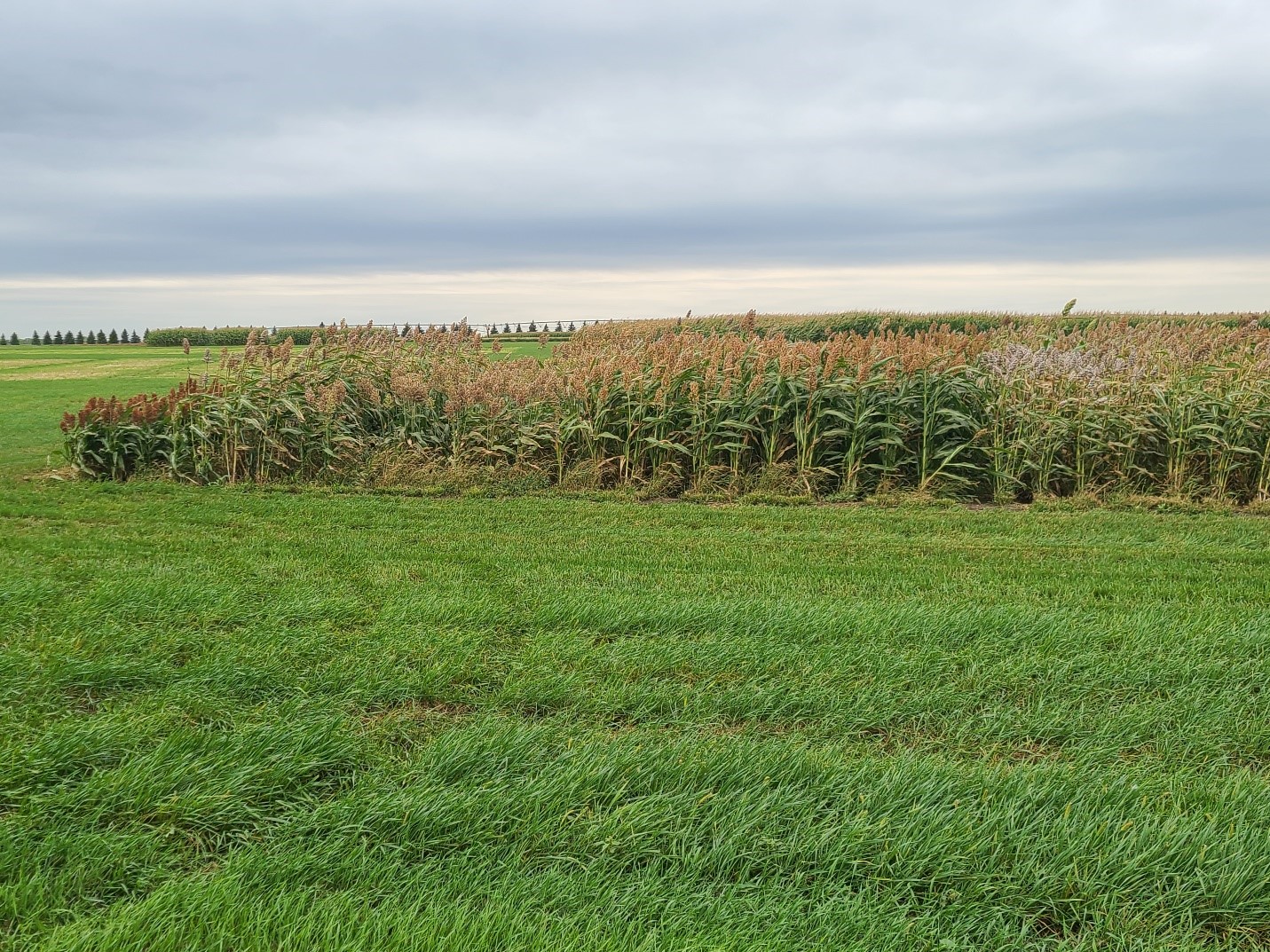