Working in and Around Grain Storage and Silo Enclosure 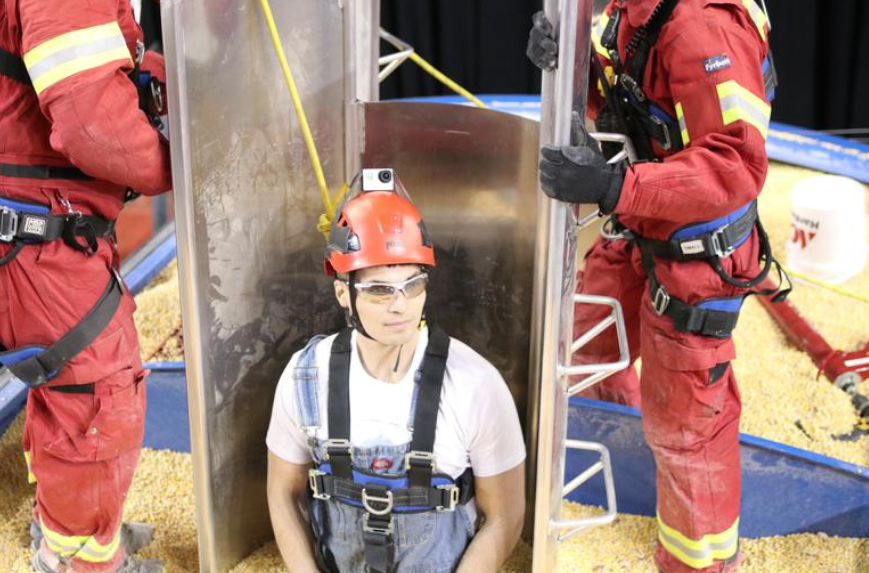 (Photo by C.S. Hagen used with permission of The Forum).

People often need to work in and around grain bins and other storage and enclosed facilities. Many times, this happens when there is grain stored in these facilities, which makes the job a greater hazard for the people doing the work. These tasks may include maintenance on the equipment, cleaning the equipment, and dealing with grain has gone out of condition and is stuck in the bin.

Here are a few tips to stay safe while working in and around these structures.

First, decide if the task is necessary now while there is still grain in the structure. Can the maintenance be done later when the structure is empty?

If the work is needed now, plan how to safely go about carrying out the tasks.

Let everyone on the farm know that there will be people working around the grain storage structures and that no one is to start any equipment at the site.

Assemble a team that will work on these tasks and assign each person their duties. Working in these structures is at minimum a two- to three-person job. At least one person needs to be outside the bin and to be able to hear the individual inside the bin. Station one individual on top of the bin who can always see the person in the bin. This individual can react quickly if something goes wrong. If a third person is on the ground, that person can call 911 and get help. They can direct emergency personnel when they get to the location and give them a rundown of what has taken place. The person on top of the bin stays there, watching the person and communicating with the person in the bin.

Watch this video from the National Corn Growers Association and National Grain and Feed Foundation for more tips for avoiding grain bin entrapment.

Prior to entering the enclosure, run the aeration system and open the top of the bin for at least an hour to help remove any toxic gas levels.

Before entering, take a gas reading to make sure the gas levels are safe.

When the team is ready to go to work, tag out and lock out all grain handling equipment. This helps prevent accidental operation of this equipment while working inside.

The person entering the enclosure needs to be in a safety harness that is secured to the outside of the bin.

Grain handling in bins can become routine and when a worker is in a hurry an accident can happen. Sadly, year after year, people who enter grain bins are trapped and engulfed in grain resulting in suffocation. The number of grain bin fatalities can be greatly reduced if farmers and their workers get proper training and follow grain bin safety procedures in the video below. This is a longer, more detailed version of the National Corn Growers Association and National Grain and Feed Foundation video referenced above.

Caught in the Grain!

1. The Collapse of Bridged Grain

Grain can become bridged when it is moldy, high in moisture content, or in poor condition. The kernels stick together and form a crust which may be self-supporting. This gives a false indication that it is safe to stand on the surface of the grain. The worker cannot tell if there is grain under the crust or not.

A hollow cavity will form under crusted grain when some of the grain has been removed from the bin. The surface over this cavity is not strong enough to support the weight of a person. As the person walks onto the grain, the bridge of crusted grain will collapse. The victim instantly falls into the cavity along with the grain and is usually buried under several feet of grain. It will be very difficult to determine exactly where the victim is.(See Figure 1.) 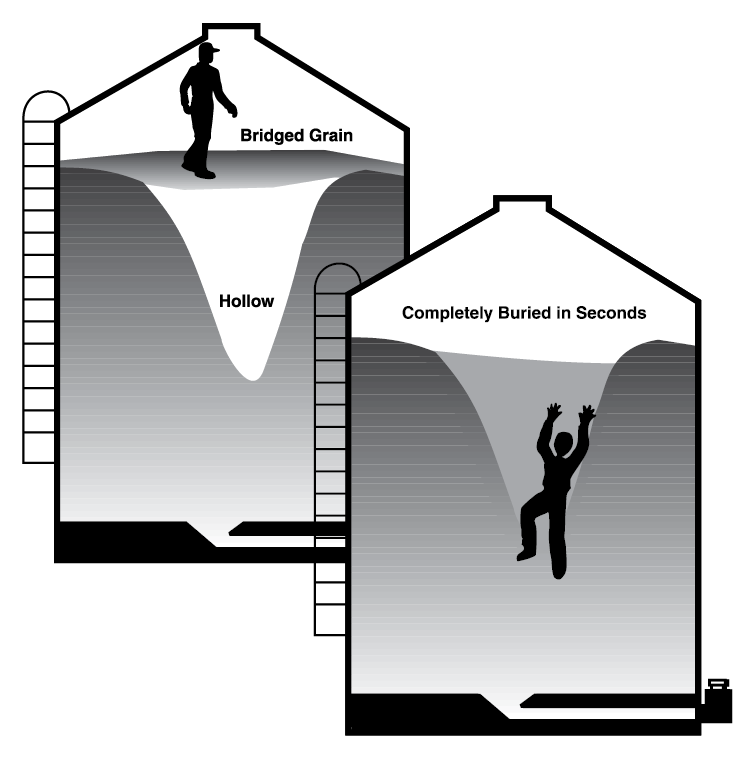 Figure 1. A hollow may develop under crusted grain when grain is removed from the bin, forming a bridge of grain. When the bridge collapses under your weight, you will be buried in seconds.

2. Collapse of a Vertical Mass of Grain

Grain can “set up” in a large mass against the bin wall or in various formations when it has been stored while in poor con-dition. The mass of grain can collapse and “avalanche” down on workers who attempt to break it loose with shovels or other objects. There will be no warning when it breaks loose and cascades down. The impact will knock workers off their feet, burying them in various positions. Individuals working in the bin can be buried almost instantly. 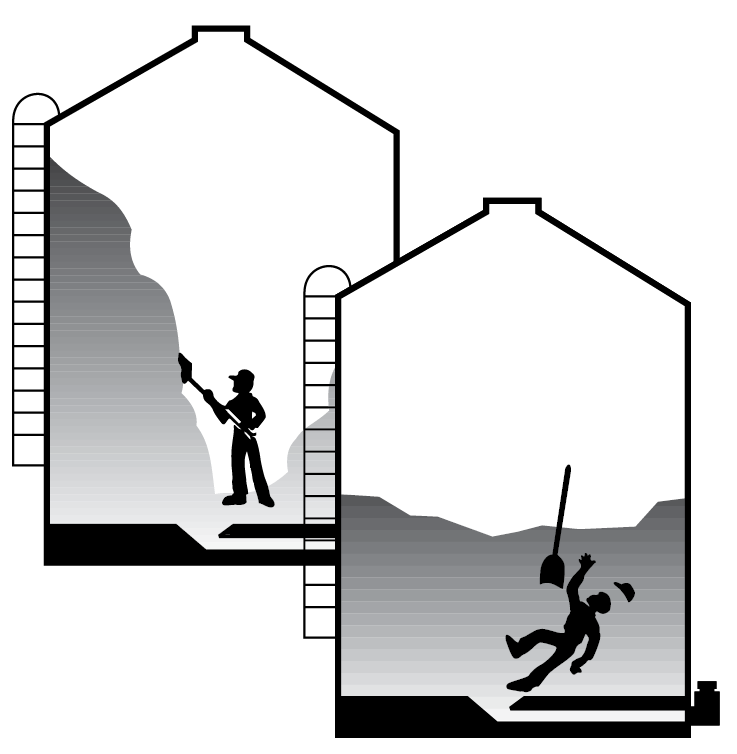 Figure 2. Grain may stick together when stored in poor condition. After some of the grain has been removed, some of it may remain stuck together in a large pile or lump. Breaking it loose can be very risky. You may be buried in seconds when it cascades down.

Flowing grain will not sup-port the weight of a person. It will pull a person down and into the grain mass as it flows. The “suction” action is strong enough that a person cannot “swim,” climb, or walk against it and get out. As grain flows out of a bin the victim will be pulled down and under very quickly with little or no time to react.(See Figure 3.) 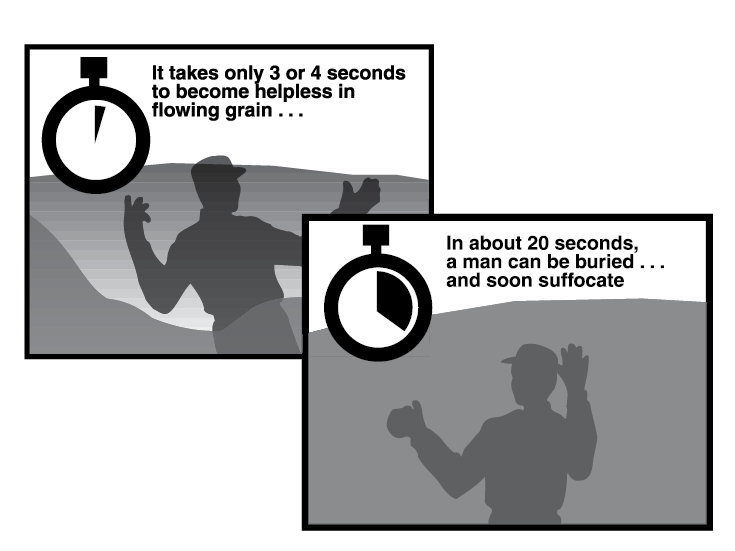 Figure 3. Flowing grain can exert a tremendous pull on a body caught in the flow. You will be helpless within three to four seconds. In 20 seconds or less, you can be completely buried.

A person cannot be pulled from flowing grain without risk of injury to the spinal column if the grain is at waist level or higher. The grain will have a very strong grip on the body. Research has shown that up to 400 pounds of pull is required to extract a body from waist-deep grain.* That is more than enough force to permanently damage the spinal column.(See Figure 4.) 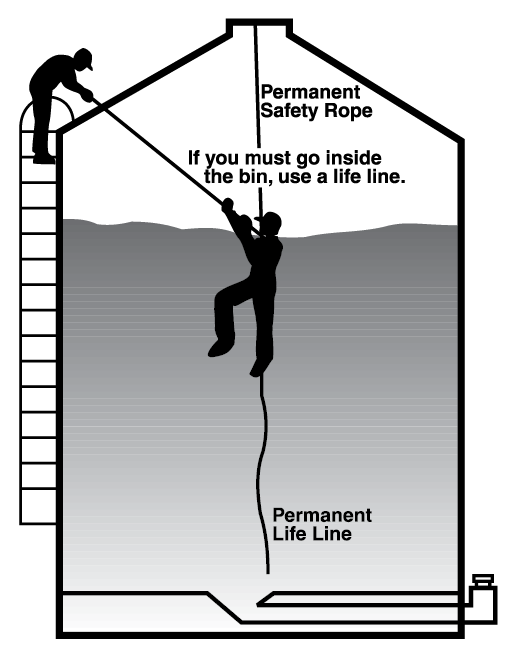 Figure 4. Use a life line if you must enter a grain bin! Always stop the machinery, first! Remember, a life line improperly used can cause injury to the spinal column. Install a permanent life line in each bin.

Steps to Take for Rescue When Trapped in a Grain Bin 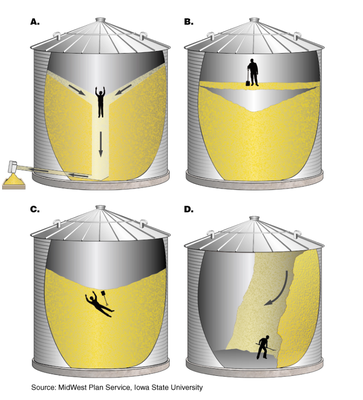 Check out the quick tips below. For more in-depth information, see the full NDSU Extension publication"Caught in the Grain!"

If you come upon a grain engulfment, shut off all equipment around the bin site and turn off the electric power to the site.