Cover crops can offer a number of benefits to a cropping system including increased biodiversity, crop/livestock integration, erosion control, or water management. One of the greatest risks to cover cropping is failure to establish, and in North Dakota that often is the result of insufficient moisture. What can be done to reduce the risk of cover cropping?

At a glance, cover cropping is often considered to be a fall activity. Following wheat, barley, or another short season crop, a cover crop is planted which will terminate when at freeze-up later in the fall. This is often a 2-3 month window of ‘fallow’ time for a field, making it a convenient option for cover crops. Several recent falls have highlighted some of the largest challenges for cover cropping. For instance, in 2020 and 2018 conditions were very dry and poor emergence occurred. In 2019, there was much more moisture, but the temperature was cool enough to reduce the growth and resulted in small, unimpressive cover crops. Are there any alternatives?

One practice that is trending upward is planting cover crops earlier, often into corn crops. There has been a lot of hype about 60” corn rows, which is very cover crop friendly. However, even on standard row spacings cover crops can provide value, particularly if they are direct seeded (rather than broadcast). Planting the cover crop in mid-June or early July into corn has translated to high establishment success over the last three years at Carrington REC. This overcomes the production barriers of limited growing season and rainfall. However, do note that the narrower the corn row, the less biomass will be produced.

Some new machines assist with interseeding cover crops into corn, but it is also possible to interseed with existing or older equipment. We converted a 71 JD Flex planter into a three-point mounted unit specifically to plant between corn rows (Figure 1). This option has provided good establishment, even with cover crop blends (Figure 2). 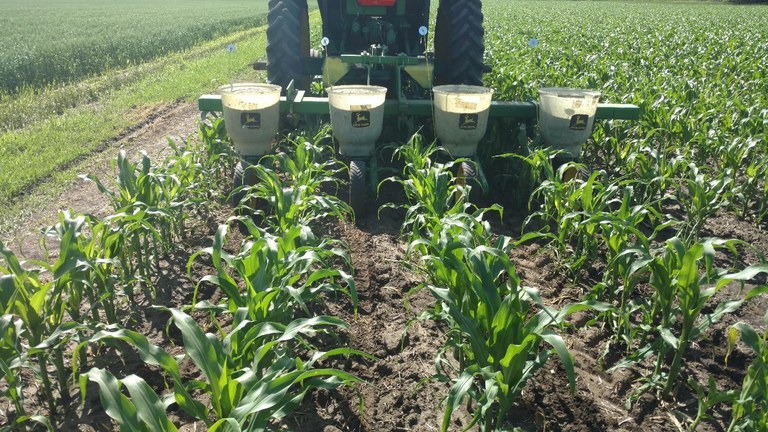 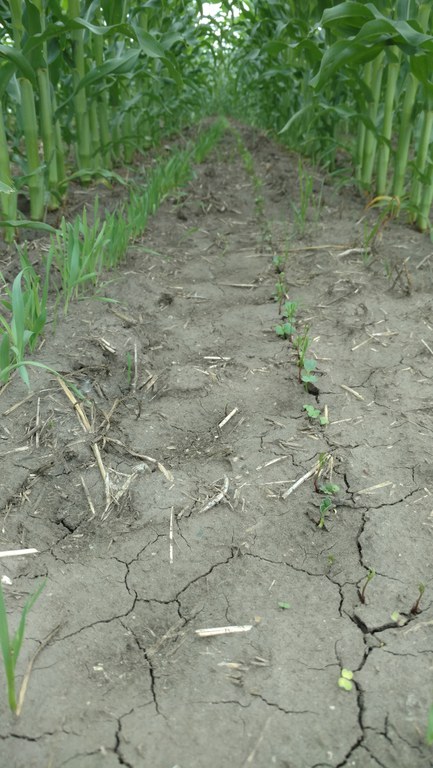 Our primary goal has been to grow cover crops for grazing. While doing this, corn cover cropping has delivered much better outcomes over the last three years compared to a small grain to cover crop relay.