Winter Rye as a Preceding Cover Crop for Dry Bean

This page was adapted from the article, "Winter Rye as a Preceding Cover Crop for Dry Bean," which appeared in Crop & Pest Report on August 25, 2022. 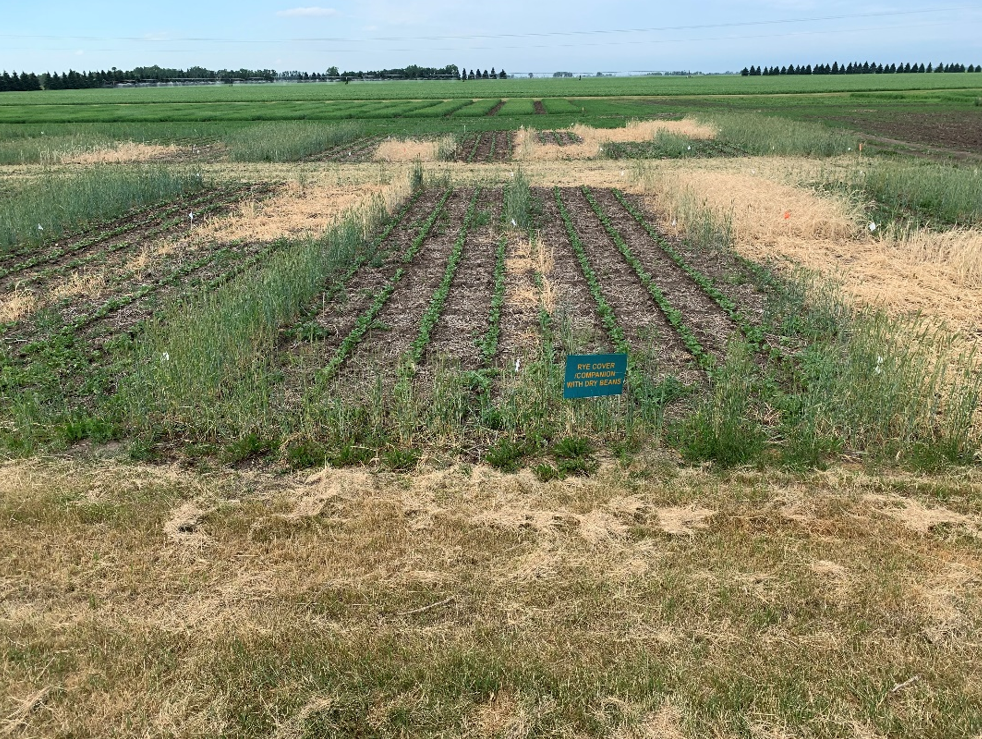 Winter (cereal) rye is an excellent cover crop option to consider if dry bean is planned for 2023 following this year’s small grain. It will provide benefits when planted this fall and into next spring and early summer.

Winter rye is a common cover crop used in North Dakota and has many advantages when properly managed. Expected advantages when established prior to dry bean production, and with timely termination, include reduction in soil erosion, supplement weed management, utilize excess soil moisture and increasing long-term soil productivity.

The NDSU Carrington Research Extension Center conducted a study beginning in the fall of 2017 with the seeding of winter rye to provide living ground cover in the fall and spring prior to pinto bean production. Study objectives included determining optimum time for terminating rye based on bean planting date, assessing weed suppression and measuring productivity of the bean crop. The study was completed in 2021, providing a four-year database on the production strategy.

Findings of the study include: