What Does the Future Hold? Cattle Breeding Techniques

New breeding techniques continue to progess. Here is a review of the latest techniques and those that may be coming. 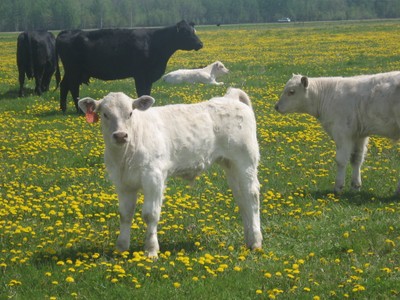 As we make progress in the field of animal breeding and selection, many “new” technologies surface. Visual appraisal was complemented with performance records, expected progeny differences, ultrasound evaluation of carcass traits and, in recent times, genetic marker evaluation of economically important traits.

While no single method along the continuum seems very far from the next, when one extreme is compared with the other, the progression of tools is quite remarkable. But what else does the future have in store for our industry?

This technique has been proven on a research level but has experienced several issues:

These issues and others certainly would need to be overcome for the technique to have large-scale applicability. However, if the technique is optimized and available commercially, the face of cattle breeding could change dramatically:

Whether the process ever will become mainstream is something we can’t  necessarily predict. Transferring embryos from genetically superior donor cows to recipient females is certainly something that was accepted in the cattle industry. However, cost of technology often limits its use. In addition, the term “stem cell” brings in controversy that may make cattlemen shy away from using recipient bulls.

Regardless of the actual future application of the process, just remember this picture: recipient herd sires on your operation carrying semen from virtually any bull in the world. Only the future will tell what happens with our industry, but until then, it doesn’t hurt to imagine the possibilities.