This page was adapted from the article, "Charcoal Rot of Soybeans ," which appeared in Crop & Pest Report on August 25, 2022.

A few years ago, several fields experienced very severe charcoal rot in the Southeast and East central RRV (Figure 1).  While we do not have a good handle on how prevalent the disease is, we are fairly certain it is more common that we think. We encourage you to scout for charcoal rot.

Infection occurs early in the growing season, but is not often observed until after flowering, and is far more severe and obvious when in a hot and dry growing season.  The disease is caused by a soil-borne pathogen (Macrophomina phaseolina) that infects many crops (corn, sunflower, other legumes, etc..), but we have observed the disease to be most severe in our area on soybeans.

The disease is typically first noticed when patches of soybeans (often large patches) prematurely wilt and die. The leaves will remain ON the wilted and dying plants (Figure 2). 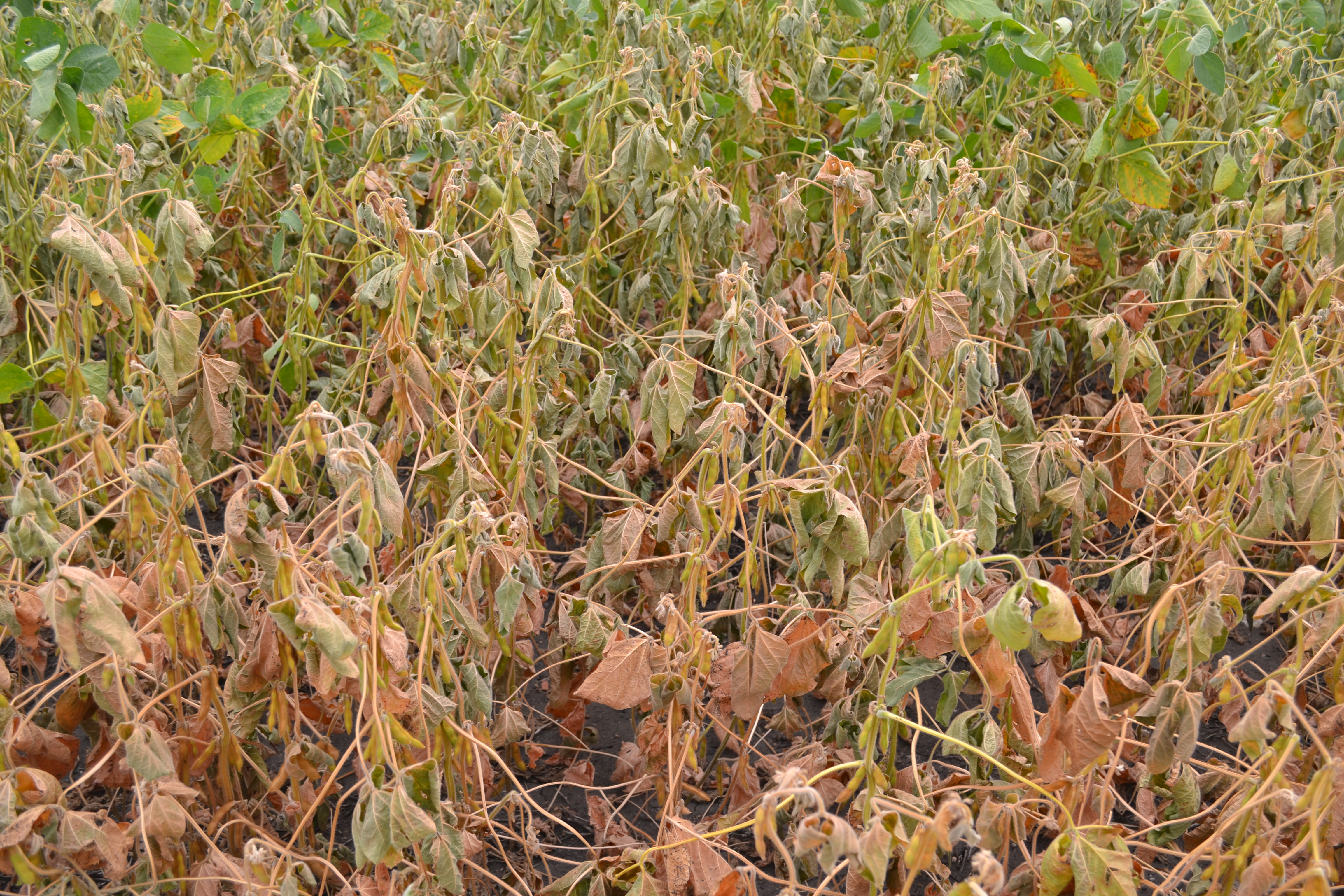 Plant tissue on lower stem and tap root may appear gray or silver and ‘peeling’ away (Figure 3). 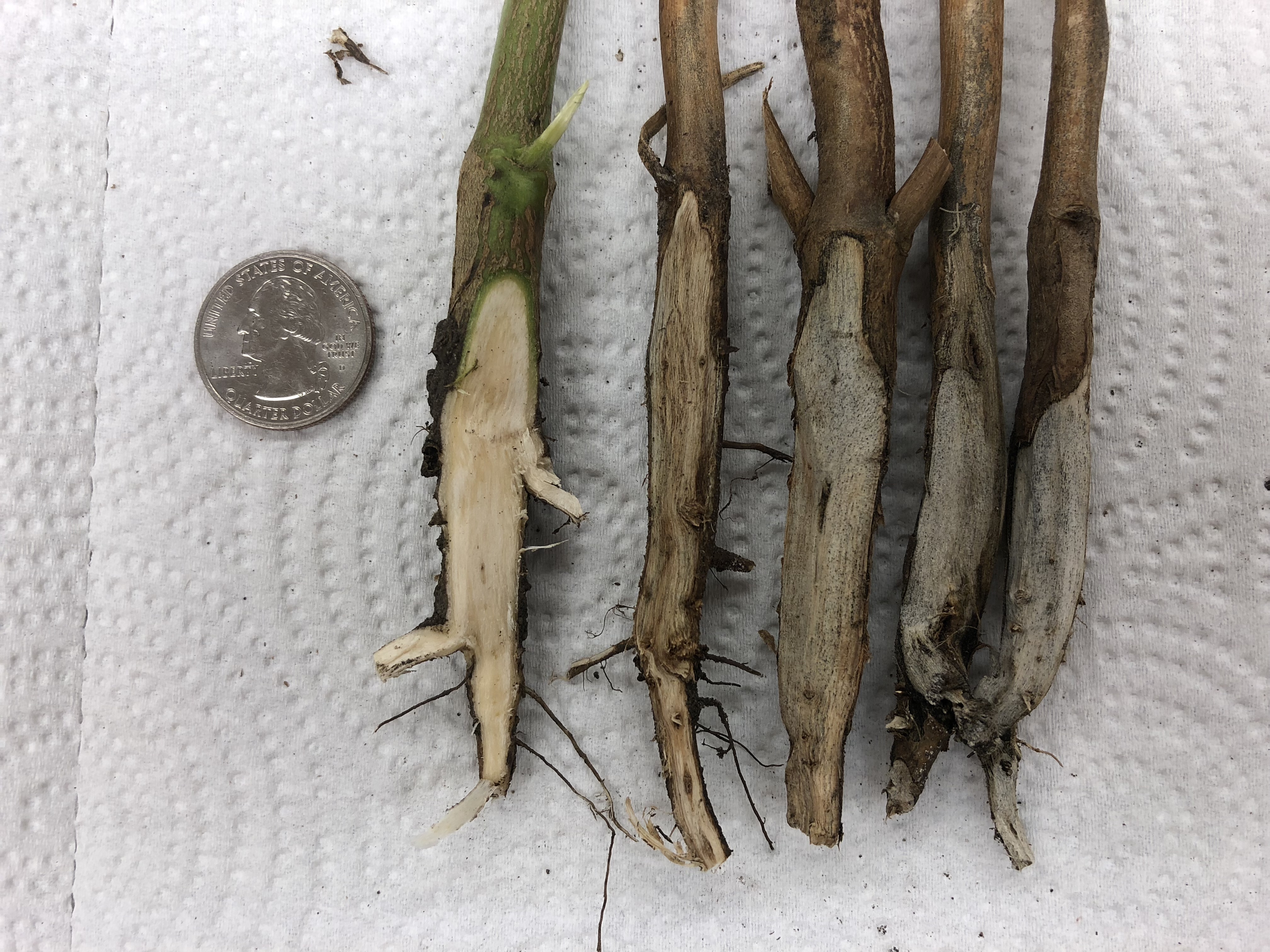 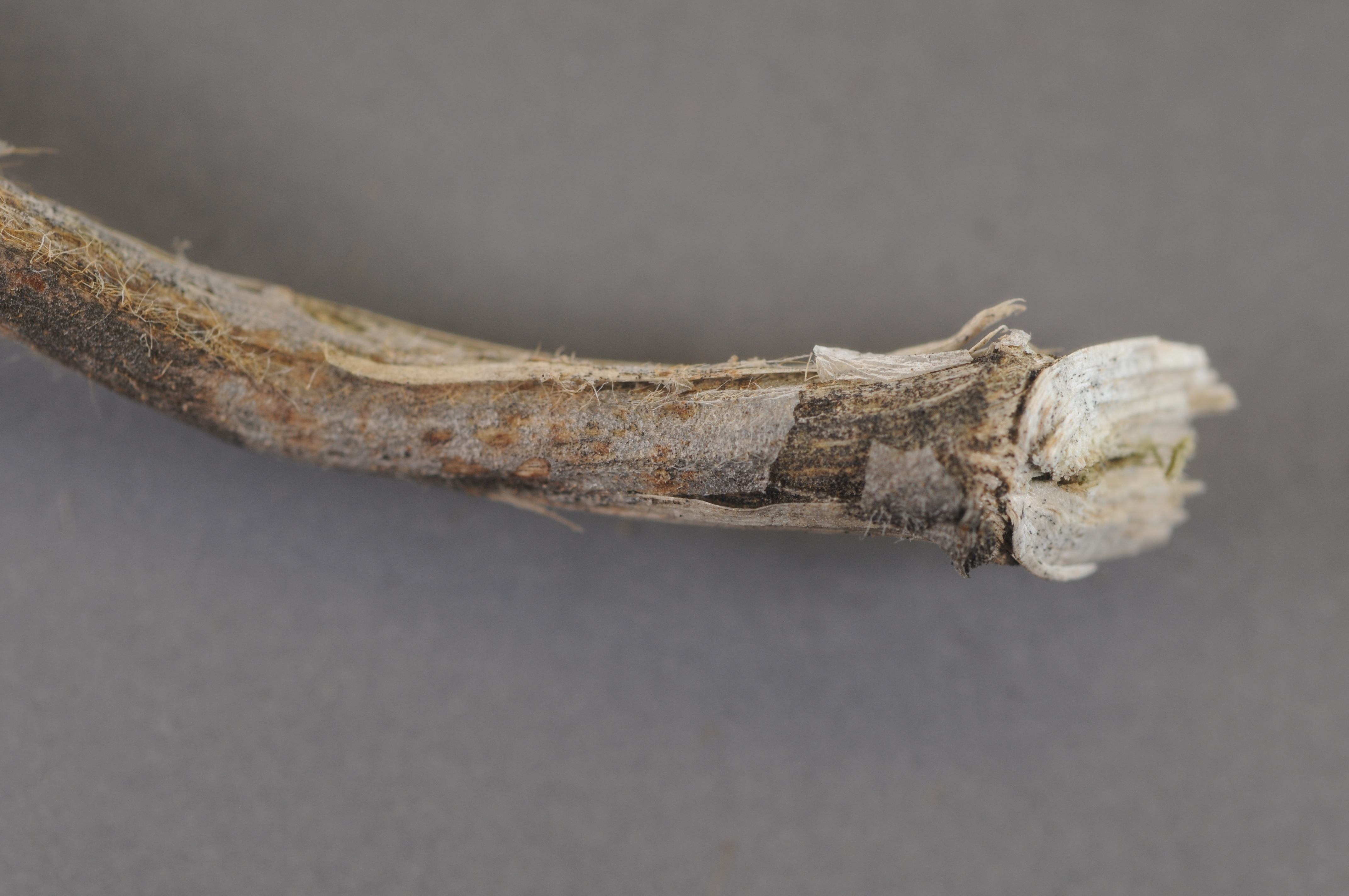 Figure 4. Lower stem with a dusty gray to silver appearance, with outer tissue peeling away.