With the late start of the planting season, producers are wondering what the yield potential of the soybean crop might be. In order to look at some soybean trends, I compiled North Dakota’s soybean yield data as reported by the National Agricultural Statistics Service. The dots in the graph represent the average farm yields and we can assume that on average farmers planted between May 15 and the end of May. The red line is the trend line based on the data presented. The North Dakota annual soybean yield on the farm based on the equation has increased by 0.2 bushel per acre per year, since 1984 (Figure 1). This is due to advancement in genetics, more efficient farming equipment, and crop management practices. The variability in yield from year to year is mainly the result of the weather conditions during the season. For instance, the yield for 2021 was below the trend line due to the drought conditions. Secondly, I compiled the yields obtained in NDSU soybean variety trials at Langdon, Carrington, Central ND (Grandin – Arthur -– Hatton), and Southern ND (Wyndmere –– Milnor) for the same period 1984 – 2021 (Figure 2). 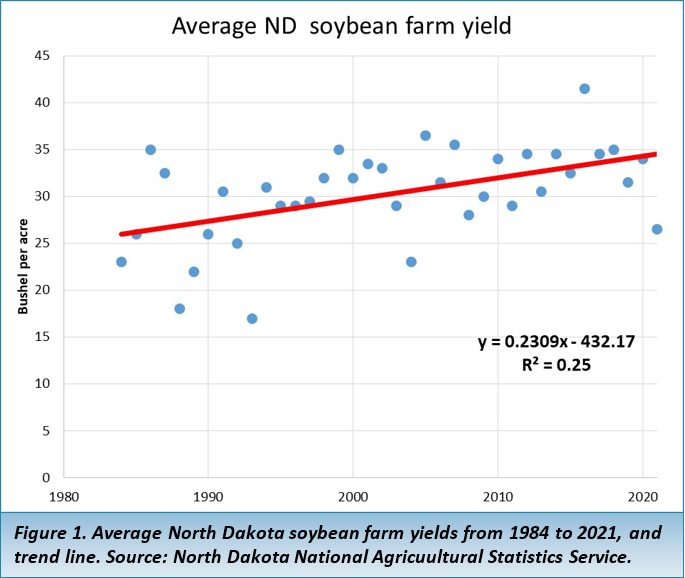 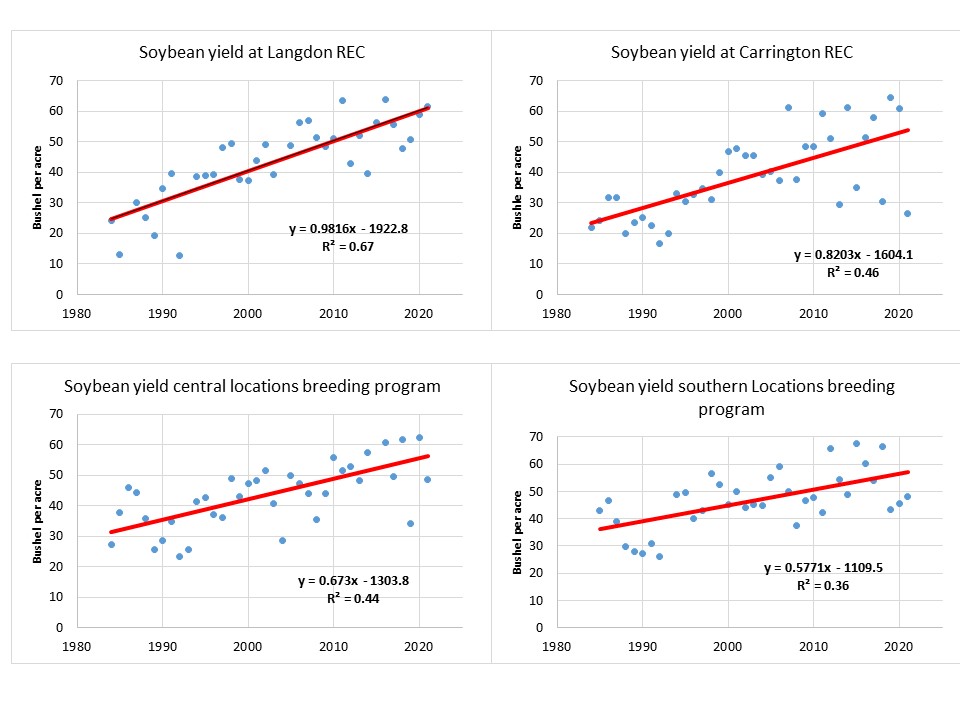 Based on the regression equations, the annual yield gain under research test conditions was 1 to 0.6 bushel per acre per year. The most gain was achieved in the northern location (Langdon) partly because of increased availability of improved early maturing varieties, extended growing season and better weed management using herbicide resistant traits. The average yield for the period of 1984 to 2021 indicates that the highest yield potential was in the southern location, as expected (Table 1).

The average state yield of 30.3 bushels is 16.4 bushels less than obtained at the Southern location and 8.2 bushels less compared to the Carrington trials (Table 1). This yield gap between farmer obtained yield and research plot yields is mosly due to management of the crop. Small plots can be managed more intensively than normally occurs in large farm fields. However, the data indicates that North Dakota farmers could increase the farm yields with improved mangement. 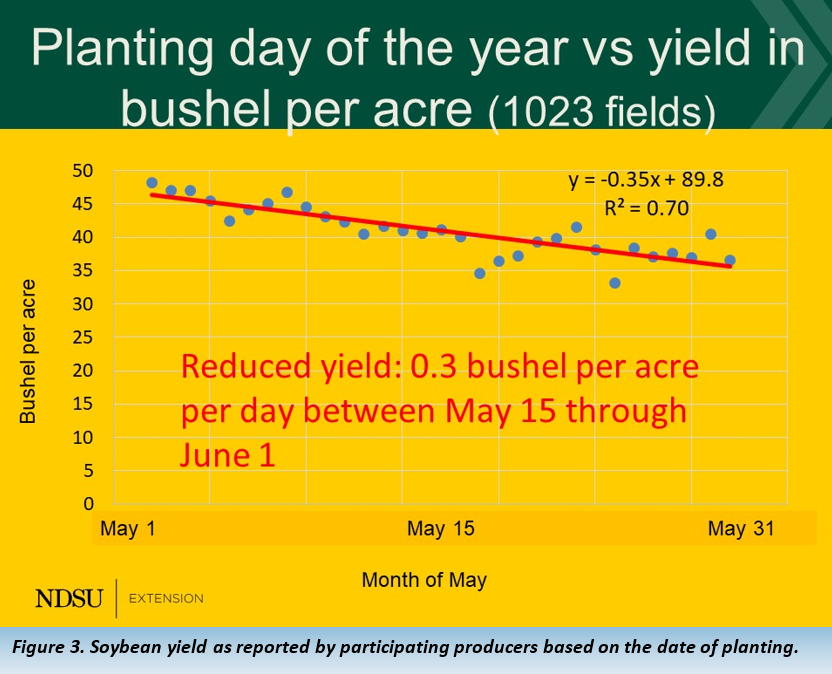