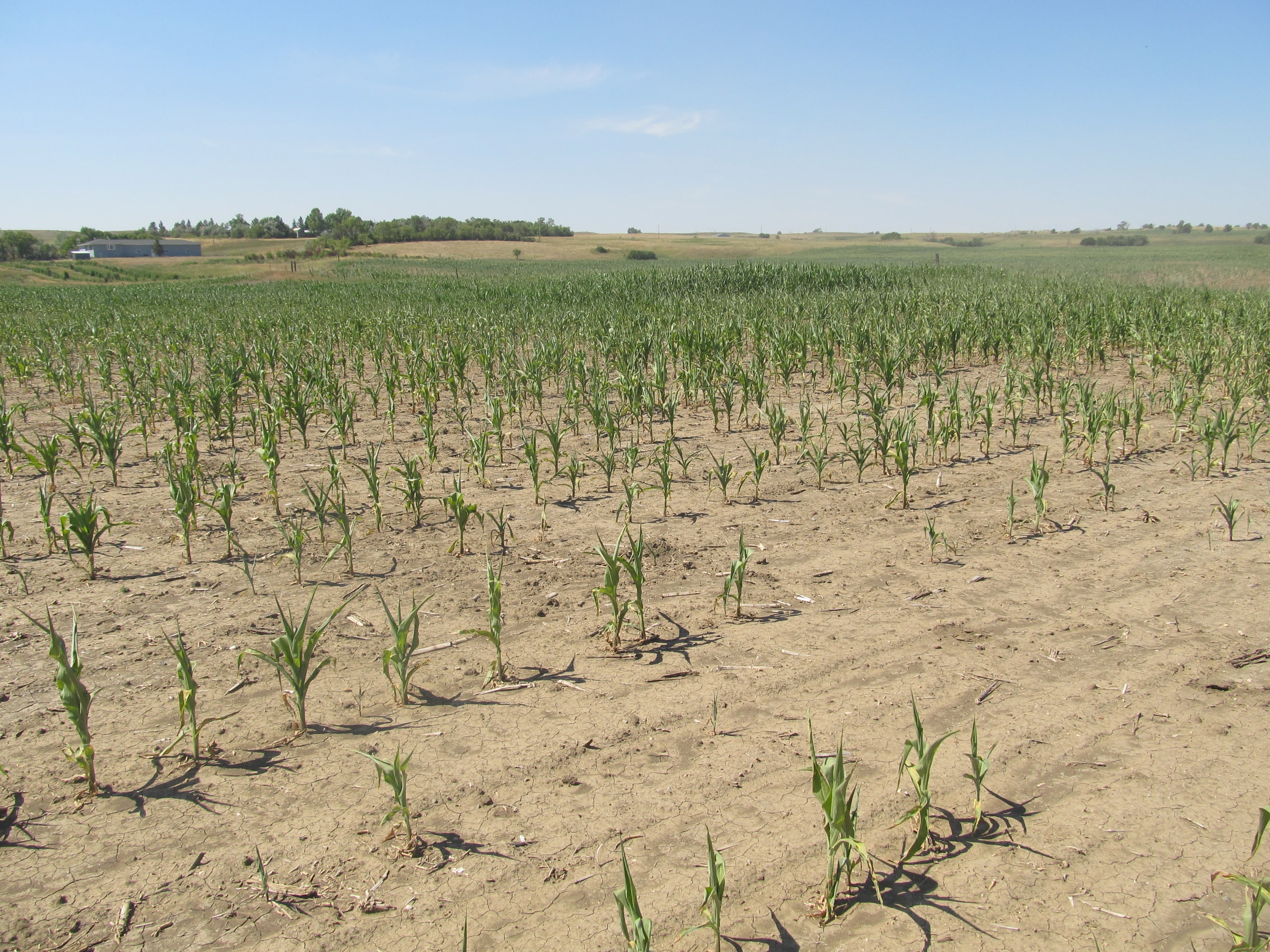 The following guidelines should help you decide whether replanting will be more profitable than continuing to manage a crop with poor plant population (if that is the case).

Dry spring conditions can have a significant effect on the emergence of crops, resulting in poor stands. If planting was early but emergence was poor due to inadequate soil moisture, replanting can be a viable option if it looks likes future rainfall and current soil moisture will support a new crop. Often leaving the crop that has a poor stand can be the best scenario. Any established plants have the advantage of a developed root system that can access subsoil moisture and consequently have the greatest chance of producing a crop. Under dry conditions any crop can also be considered a potential source of forage. The following guidelines should help you decide whether replanting will be more profitable than continuing to manage a crop with poor plant population (if that is the case

Factors to consider before replanting

First, make an accurate assessment of your stand.  At first glance plant stands or early season damage can look much worse than it really is. There are times, however, when things are actually worse than they might appear at a distance. If poor emergence or damage is not uniform, focus only on those areas of the field that will likely need to be replanted. For small grains take plant counts from 4 or 5 randomly selected areas (use a 1 square yard quadrant or something similar).  For corn, count several randomly selected rows (a 17' 5" length of row of corn equals 1/1000 of an acre if 30" rows are used).

Within the range of zero to the optimum number of plants per acre, plant population is highly correlated with yield. If stands are not too low, however, cereal crops do have a remarkable ability to compensate for reductions in plant numbers. Under low population densities, small grains will put on more tillers and produce larger heads. Corn will produce larger cobs and on occasion produce two cobs when densities are less than optimum. Table 1 describes the minimum plant stand that is needed for suboptimal stand to produce as much or more than a replanted crop.

Secondly, estimate the yield potential of the replanted crop and the costs associated with replanting. Bear in mind that late planted crops will yield less, sometimes substantially less, than those that are planted in a timely manner. Table 2 provides a rough guide as to the yield reductions that will occur with later plantings.

Table 2. Expected yield reduction when planting after May 15 in North Dakota.

As indicated in Table 1, fairly large reductions in the optimum plant density can be tolerated before it becomes more profitable to replant small grains.  For sparse stands, care must be taken to ensure that weeds are adequately controlled. If you do decide to replant, consider the following: When planting after May 20 replant with a higher seeding rate to compensate for the reduced tillering of the later planted crop. After June 1, consider growing the earliest varieties that are available in addition to the higher seeding rate, or consider growing an alternative crop with shorter maturity.  Planting small grains after June 21 is not recommended.

Corn, when compared to small grains, is much more sensitive to reductions in plant populations as can be noted from Table 1. The timing of replanting is also critical with corn, so that decisions on replanting should be made as soon as it is practical to fully assess the plant stand of your crop. For corn when replanting after May 20th earlier maturing hybrids should be planted (how much earlier will depend on the actual date that you will replant). After June 1, corn for grain should probably not be planted except in the southeastern corner of the state where the latest date of planting should be June 10th.  In the northern areas of the state, corn replanting should be avoided after May 25th.

If replanting is to be done, consideration should be given to herbicide residues from the previous crop if you plan to alter the crop. Consult the herbicide label for recommendations on tillage, planting depth, and interval between herbicide application and replanting. The current North Dakota Weed Control Guide (NDSU Extension Circular W-253) can be consulted to address most questions or options.