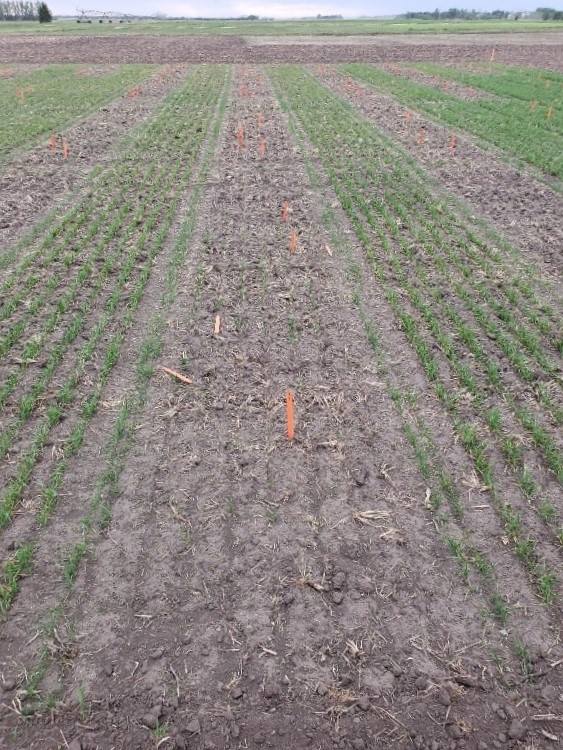 Photo Credit:
Jasper Teboh
Poor seed germination of wheat from seed-applied N fertilizer. Treated plots are separated on either side by buffer plots.

Fertilizers are salts which can seriously impair seedling water absorption, resulting in desiccation. In addition, ammonia gas produced from the reaction of urea with water in soil be toxic to germinating seeds and seedlings. Damage is worse under dry conditions, with high soil pH, and in lighter (sandy) soils. The lower impact of seed-placed N fertilizer and different N rates under irrigation was due to higher soil moisture. ESN was the only slow release N fertilizer that showed no negative impact when applied with seeds, even at 90 lbs N. Yield loss can be expected when urea is blended at 22 lbs N with ESN.