Scout for Bean Leaf Beetles in Soybeans and Dry Beans

This page was adapted from the article, "Scout for Bean Leaf Beetles in Soybeans and Dry Beans," which appeared in Crop & Pest Report on August 11, 2022.

Scouting for bean leaf beetles is important as beans start to mature. Bean leaf beetles can cause defoliation and pod feeding at fairly high levels in soybeans and dry beans.

Beetles are about ¼ inch long, oval-shaped, greenish or yellow to reddish-brown beetle, with four black spots on wings (spots also can be absent) and black margin near wing edges. Bean leaf beetle always has a black triangular mark in middle and behind prothorax. 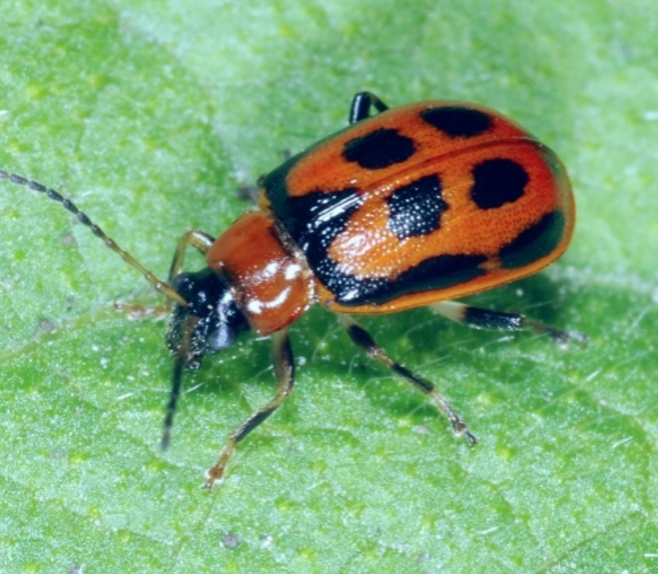 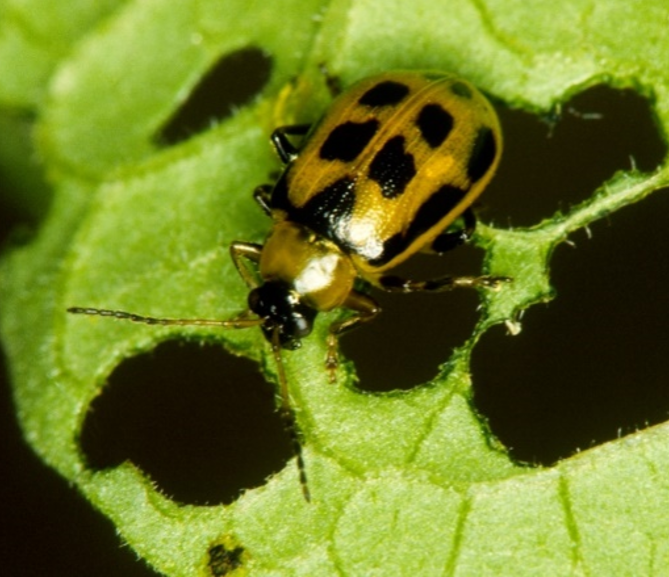 Adults feed on foliage causing small, round holes between leaflet veins or on pods. Feeding injury on the pods may increase the risk of virus transmission, such as bean pod mottle virus, and also cause secondary infections from fungi and bacteria (rotting and discoloration). Late season feeding on the foliage and pods by the new adults that emerge in August are more important than early season feeding on foliage. 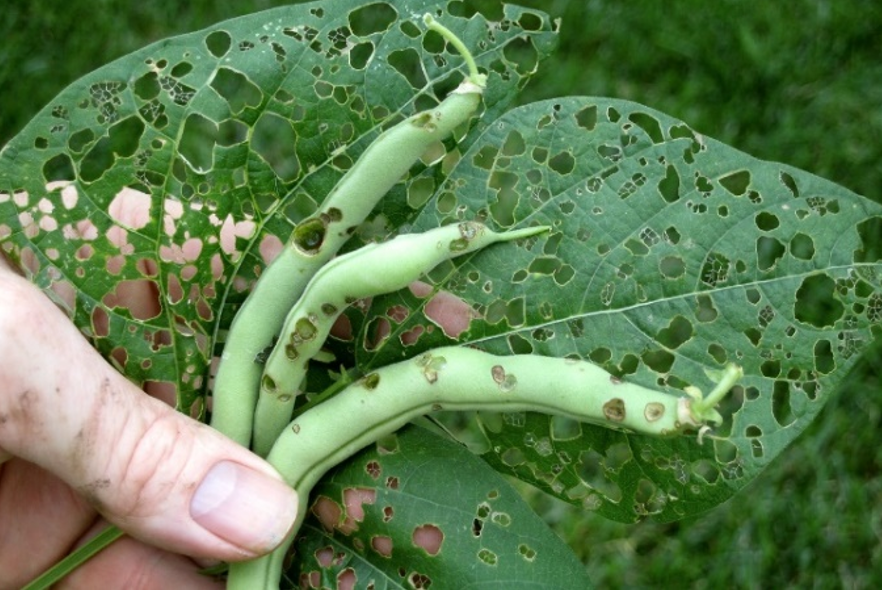