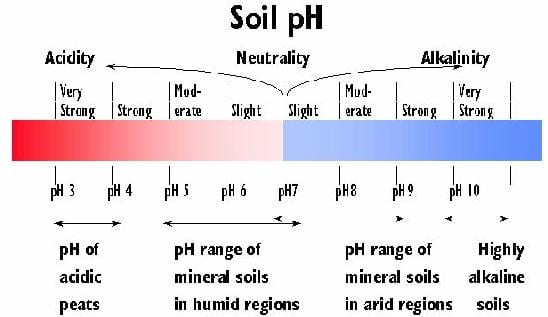 Diagram sourced from Univ. of Minnesota Dept. of Soil Water and Climate

The pH of a soil influences nutrient availability, toxicity, microbial populations, and activity of certain pesticides. Soils with a pH less than 7 referred to as acidic and pH levels greater than 7 are considered basic or alkaline. 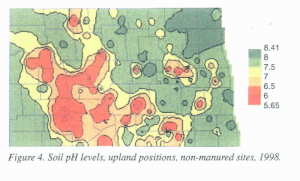 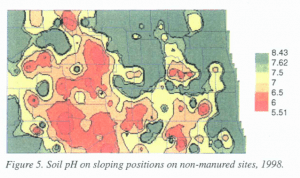 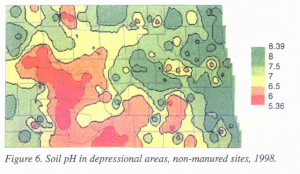 Franzen’s (1999) extension bulletin North Dakota survey of soil Copper, pH, Zinc and Boron levels describes the variability of pH across the state. Overall pH levels are >7.0 for much of the state, with lower value following the Missouri river and further west.

There is typically variability in pH across the county, state, and within a single field this is due to differences in parent material (the material soil was formed from) and cropping practices.

Although much of the state is fortunate to have alkali soils, there are areas of acidity. Approximately 17% of that state has pH levels lower than 6.5 that could potentially benefit from lime application (Franzen, 1999).

Soil samples should be taken prior to liming. If pH levels are greater than 6.5 lime application is not necessary for most agronomic practices. 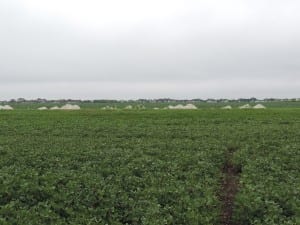 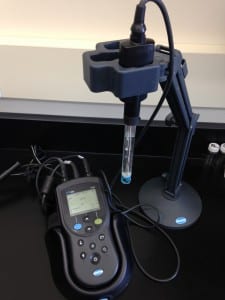 Soil pH is a measure of hydronium ion (H+) activity in a soil suspension. This analysis is run on a one part soil one part water solution (much like soil Electrical Conductivity) with an instrument similar to the photo to the right. Soil pH is a routine analysis for soil testing labs.