More rain likely occurred overnight with more expected today (Thursday, May 12).  With some severe weather also anticipated that will mean some localized heavy pockets of rain.  This will continue to delay any opportunity to begin planting in 2022 for most areas.  This past week all NDAWN (North Dakota Agricultural Weather Network) stations recorded some rain with many areas in eastern North Dakota into northwestern Minnesota recording over 1 inch    (Figure 1). 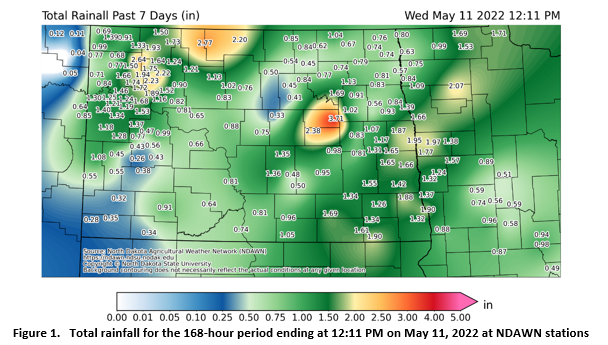 Once the storm over the region today (Thursday) moves out most areas should record minimal rain through the middle of next week.  There will be shower activity during some afternoons, but no big rains are expected.  The key to drying off may come at the end of next week as there may be one last bigger, widespread rain event until the pattern shifts more permanently as we end the month of May.

Figures 2 and 3 are forecasted estimates of Growing Degree Days base 32° and 50°.  Because of the rain and cooler temperatures behind this storm, most days will record below average temperatures this period. 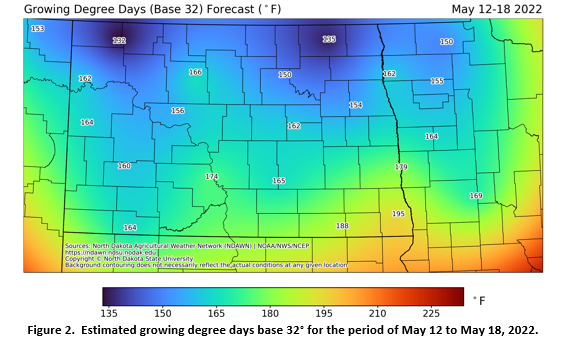 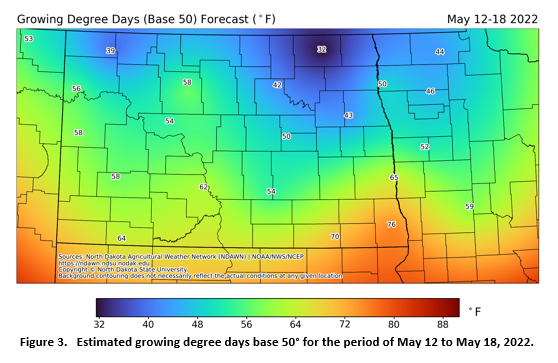 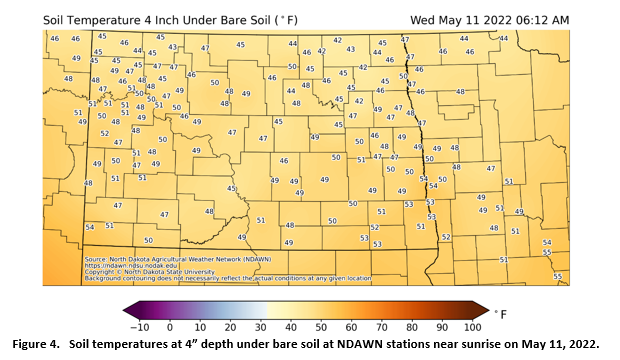 For the many of you that have asked, yes, I still see many reasons why this summer will turn dry.  It will be unlikely that we are as warm as 2021, but above average temperatures are still expected as well.